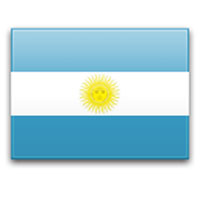 Canada and Argentina enjoy a multifaceted relationship, built on a commitment to multilateralism and share similar perspectives on many global issues, including peacekeeping, nuclear non-proliferation, human rights, the environment, strengthening democracy and combatting terrorism. Canada and Argentina enjoy close relations in areas of common interest, such as human rights within the United Nations and the Organization of American States.

In recent years, Canada and Argentina have jointly engaged in reconstruction and peacekeeping operations in Haiti and have collaborated as part of the Group of Friends of Haiti, as well as through the UN Mission for Stabilization in Haiti (MINUSTAH). Argentina benefits from Canada’s Military Training and Cooperation Program through which Canada makes military training available to partner countries thus enhancing defence relations between our nations.

Deepening ties have been underscored by several high-level visits. Parliamentarians from both countries have collaborated through friendship groups such as ParlAmericas. The most recent visit took place on May 2017 in Buenos Aires. In September 2016, the Standing Senate Committee on Foreign Affairs and International Trade undertook a fact-finding mission to Argentina. A report of the visit was produced that was entitled A turning point in Canada-Argentina Relations?

Numerous links exist between indigenous communities and associations in Canada and Argentina. Indigenous leaders of Argentina have welcomed official delegations from Canada to exchange views and experiences. In 2012, the City of Buenos Aires erected a new totem pole in Canada Plaza to replace the historic totem, which stood in the plaza from 1964 until it was retired in 2008. The totem pole is a tribute to the rich Indigenous heritages of Canada and of Argentina, and serves as a tangible cultural bridge between the countries of the Americas through an Indigenous world view.

The Association for Canadian Studies in Argentina, created in 1990, sustains seven centres across the country. Its members include academic and research experts in an across‑the‑board selection of domains, as well as former Canadian academic fellows, alumni and institutions and individuals who wish to develop projects in connection with Canada.

Canada’s Emerging Leaders in the Americas Program provides short-term scholarship opportunities for students from Latin America and the Caribbean, including Argentina, to study or conduct research in Canada. These academic agreements help foster research collaborations and student exchanges. Since 2009, nearly 250 Argentine students have participated in exchange opportunities for study or research at the college, undergraduate and graduate level.

Bilateral trade between Canada and Argentina was valued at $2 billion in 2018. Canadian exports to Argentina were valued at nearly $327.9 million in 2018, making Argentina Canada’s 53rd-largest export destination. Top merchandise exports were machinery and parts (27.5%), aerospace products (17.7%), pharmaceutical products (8.1%), and electrical and electronic machinery and equipment (7.5%). Canadian imports from Argentina had a value of $1.7 billion in 2018, of which the vast majority were metals (principally gold) due to Canada’s significant presence in the Argentinian mining sector. Other primary imports included beverages (wine), fruit (apples and citrus), mineral ores and prepared vegetable foodstuffs.

The Argentina offices of the Canadian Trade Commissioner Service, responsible for Argentina and Paraguay and based out of Buenos Aires, includes eight trade commissioners. Export Development Canada serves Argentina from its São Paulo, Brazil, offices and travels to the market on a regular basis. The Canadian Commercial Corporation serves Argentina through its office in Lima, Peru.

The Argentine-Canadian Chamber of Commerce has been in operation since 1977, when it was set up to help grow and strengthen ties between its members, providing support to both Canadian and Argentine business communities. Today, the chamber is particularly active, with its membership representing significant two‑way trade and investment interests, supporting jobs, commercial and technology development and economic growth in both countries.

The Embassy of Canada in Argentina manages the Canada Fund for Local Initiatives, which provides financial assistance to fund modest‑scale projects. Since 2007, Canada has supported projects in Argentina related to climate change and sustainable development, gender and human rights, among others.

As well, the International Development Research Centre supports research in Argentina to promote growth and development. Argentine researchers are focusing on issues such as labour markets, female and youth employment, Mercosur trade and integration issues, alternatives to tobacco farming, and the country’s efforts to help strengthen democracy and rebuild in Haiti.