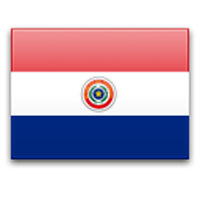 Canada and Paraguay established diplomatic relations in 1961. Paraguay is represented in Canada by an embassy in Ottawa and has appointed honorary consuls in Calgary, Toronto, Montréal, Vancouver and Winnipeg. Canada’s embassy to Argentina, in Buenos Aires, is also accredited to Paraguay, and Canada maintains an honorary consulate in Asunción, Paraguay.

Canada and Paraguay both value respect for human rights, peacekeeping efforts and effective multilateralism within the United Nations and the Organization of American States (OAS). Both countries have been engaged in reconstruction and peacekeeping efforts in Haiti, with both contributing personnel to the United Nations Stabilization Mission in Haiti. Paraguay is an associate member of Canada’s Military Training Cooperation Program; through this program, Canada makes military training available to Paraguay, improving defence relations between the two countries. Canada and Paraguay have a robust bilateral relationship, reinforced by strong people-to-people ties. This is reflected in the 15,000 to 20,000 Canadians in Paraguay, most of them members of the Mennonite community.

In 2017, bilateral merchandise trade between Canada and Paraguay was valued at $32.6 million. The value of Canadian exports to Paraguay totalled $20.9 million, with top exports being machinery, pharmaceutical products, paper articles, printed books and newspapers. Canadian imports from Paraguay were valued at $11.8 million and included sugar, oilseeds and wood products. Canadian companies’ involvement in the Paraguayan market is modest and marked particularly by investments in sectors such as mining, infrastructure, and energy.

Canada’s international assistance to Paraguay is provided through contributions to multilateral organizations, including the OAS and the International Monetary Fund. Canada does not have a bilateral development assistance program in Paraguay but does provide support through the Canada Fund for Local Initiatives (CFLI) and isolated OAS and International Development Research Centre (IDRC) projects. Since 2007, 76 CFLI projects, worth a total of over $1.2 million, have been implemented. In the 2016 to 2017 fiscal year, CFLI funding focused on fighting climate change and promoting sustainable economic growth. Canada’s IDRC supports projects in Paraguay such as its study Valuing Water in a Changing Climate and Economy in the Gran Chaco Americano.

There are a number of programs and scholarships that help strengthen educational ties between Canada and Paraguay. The Paraguayan Center of Canadian Studies helps sustain links between universities, NGOs and government agencies and has worked with the Canadian embassy to facilitate visits to Paraguay by Canadian and regional experts to discuss common priorities, promote educational exchanges and fellowships and showcase Canada’s values. The Emerging Leaders in the Americas Program provides short-term scholarship opportunities for students from Latin America and the Caribbean, including Paraguay, to study or conduct research in Canada. In 2016, the Canadian university consortium CALDO signed a memorandum of understanding (i n Spanish only) with Paraguay’s Programa Nacional de Becas de Posgrado en el Exterior “Don Carlos Antonio López” [Don Carlos Antonio López national foreign postgraduate scholarship program], which provides funding to attend CALDO member universities.