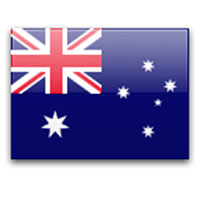 Canada-Australia relations are friendly and highly productive. The relationship has developed over a long history and is based on both a shared past and a common set of values in the fields of trade, defence relations, academic and student exchanges, culture, consular arrangements, parliamentary relations, multilateral cooperation and political and governmental affairs.

Official relations between Canada and Australia are conducted through respective foreign ministries and the diplomatic missions in each other’s country. In Australia, this is the High Commission of Canada in Canberra and the Consulate General in Sydney. In Canada, the Australian High Commission is located in Ottawa, and there is a consulate general in Toronto.

The foreign affairs departments of Canada and Australia exchange officers for professional development purposes, and similar exchange agreements exist between other government departments.

Canada’s commercial relationship with Australia is strong and diversified. In 2018, two-way merchandise trade between Canada and Australia remained stable at $4.1 billion. Canadian exports were valued at $2.0 billion and largely composed of value-added products such as machinery, aircraft and parts, electrical and electronic machinery and equipment, motor vehicles and parts, and scientific and precision instruments. Imports were valued at $2.1 billion and included inorganic chemicals, meat, beverages, precision and technical instruments and machinery. Bilateral services trade in 2018 was valued at about $2.7 billion, with Canadian exports accounting for approximately $1.6 billion of that total.

In addition to traditional sectors such as mining and transportation, there are significant opportunities offered in the infrastructure sector for Canadian businesses. The Australian Trade and Investment Commission (Austrade) is anticipating overall capital expenditures of up to $125 billion in greenfield and brownfield projects until 2019-2020, resulting in major opportunities for Canadian tier 1 engineering, procurement, and construction management companies, and tier 2 and 3 equipment and service providers.

The Canada-Australia Consular Services Sharing Agreement allows Canadians to receive consular services from Australian officials in a number of countries where Canada does not have an office, and vice versa. Furthermore, Canada and Australia share diplomatic facilities, including the Canadian embassy in Kyiv, where Australia has been provided space, and the Australian embassy in Laos, where Canada has a diplomatic office.