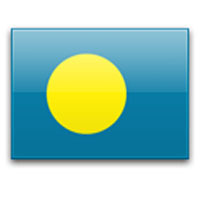 Diplomatic relations were established on 25 August 1997.

In Palau, Canada is represented by the High Commission of Canada in Australia.

Palau is represented in Canada by an embassy in Washington, D.C., U.S.A.

Canada enjoys a strong and warm relationship with Palau. Bilateral relations are cordial and enhanced by a shared membership in several international organisations such as the United Nations, the International Monetary Fund and the World Health Organisation.

Canada and Palau are both party to a number of of agreements such as the, the United Nations Convention on the Law of the Sea and the United Nations Fish Stocks Agreement. Canada is also a Dialogue Partner of the Pacific Islands Forum to which Palau belongs.

With regard to development assistance, Canada supports community-based projects in Palau through the Canada Fund for Local Initiatives administered by the High Commission of Canada in Australia. Canada also provides long-term institutional support to multilateral and global organizations that are present in the Pacific.

Canada's trade relations with Palau are managed by the Trade Commissioner Service at the Embassy of Canada in Australia. Palau’s main industry is tourism. The country consists of eight main islands and more than 300 smaller islands and atolls. Two thirds of the population live in the state of Koror.