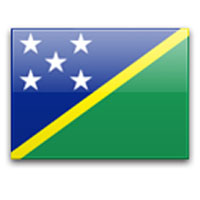 Diplomatic relations were established on 7 July, 1978.

In the Solomon Islands, Canada is represented by the High Commission of Canada in Australia.

The Solomon Islands is represented in Canada by its Permanent Representative to the United Nations based in New York, USA and by an Honorary Consul General in Vancouver.

The Solomon Islands maintain a positive relationship with Canada and is a member of the Commonwealth. Bilateral relations are cordial and enhanced by a shared membership in international organisations such as the United Nations, the World Trade Organization and the World Health Organisation. Canada is also a Dialogue Partner of the Pacific Islands Forum to which the Solomon Islands belongs.

Areas of cooperation include gender equality/women’s empowerment projects and climate change initiatives. Canada and the Solomon Islands also share interests the fishing industry and are party to the United Nations Fish Stocks Agreement.

Canada's trade relations with Solomon Islands are managed by the Trade Commissioner Service at the High Commission of Canada in Australia.

Solomon Islands is an archipelago in the South Pacific consisting of six main islands and 900 smaller ones. Its ethnically Melanesian population has historic pre-colonial connections to Papua New Guinea, Vanuatu and West Papua in Indonesia. Eighty-seven percent of the country is under indigenous customary ownership. Fighting climate change and countering its effects is a key priority for Solomon Islands.

Canada contributes to Solomon Islands efforts to fight climate change via a variety of mechanisms and multilateral institutions. Canada also contributed to the Global Infrastructure Fund, which is providing capital for a major hydro-electric project aimed at significantly reducing Solomon Islands’ reliance on diesel fuel.

With regard to development assistance, Canada supports community-based projects in the Solomon Islands through the Canada Fund for Local Initiatives administered by the High Commission of Canada in Australia. Canada also provides long-term institutional support to multilateral and global organizations that are present in the Pacific.

Through UN Women, Canada is providing $3.5 million to implement the Pacific Islands Markets for Change Project. This project supports female merchants in rural and urban markets in the Solomon Islands by ensuring that markets provide safe, inclusive and non-discriminatory environments.