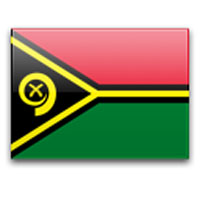 In Vanuatu, Canada is represented by the High Commission of Canada in Australia and diplomatic relations were established on 30 July 1980.

Vanuatu is represented in Canada by a permanent mission to the United Nations in New York, U.S.A.

Like Canada, Vanuatu is a member of the Commonwealth and La Francophonie and has three official languages, which are Bislama, English and French.

Canada enjoys a deep and positive relationship with Vanuatu. Bilateral relations are cordial. Canada and Vanuatu share interests with respect to fisheries and are both parties to the United Nations Convention on the Law of the Sea. Canada is also a Dialogue Partner of the Pacific Islands Forum to which Vanuatu belongs.

Canada's trade relations with Vanuatu are managed by the Trade Commissioner Service at the High Commission of Canada in Australia.

Vanuatu’s new 15 year development plan called Vanuatu 2030 – The People’s Plan, was launched in January 2017 and focuses on social, environmental and economic goals. Many of these goals are in line with Canada’s international assistance priorities, including climate change resilience and the empowerment of women.

Canada’s development assistance supports community-based projects in Vanuatu through the Canada Fund for Local Initiatives and administered by the High Commission of Canada in Australia. Canada also provides long-term institutional support to multilateral and global organizations that are present in the Pacific.

Canada is a donor for the Global Environment Facility that has approved US $15 million for projects in Vanuatu to support initiatives of climate adaptation and resilience.

Through UN Women, Canada is providing $3.5 million to implement the Pacific Islands Markets for Change Project which supports female merchants in rural and urban markets in Vanuatu by ensuring that markets provide safe, inclusive and non-discriminatory environments.