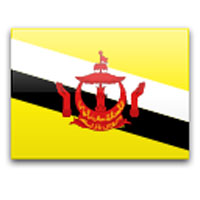 Brunei is a sovereign state and absolute monarchy situated on the northern coast of the island of Borneo. Brunei has approximately 442,400 residents, 66% of the population is Malay; 11% Chinese, and 3% Indigenous. The remaining 20% is comprised primarily of foreign workers from Indonesia, Malaysia, Bangladesh and the Philippines. The national religion of Brunei is Islam, with 67% of the population identifying as Muslim, 13% as Buddhist, and 10% as Christian.

Oil and natural gas have made Brunei the fourth-richest country in the world measured by GDP per capita. Brunei has also the second highest Human Development Index ranking in Southeast Asia, after Singapore.

Canada established diplomatic relations with Brunei Darussalam in 1984, following Brunei's independence, and opened a High Commission in the capital Bandar Seri Begawan in 1995. Canada and Brunei share mutual interests in economic and education matters, as well as on multilateral cooperation such as the Asia-Pacific Economic Cooperation, the World Trade Organization, the Commonwealth and the Association of Southeast Asian Nations (ASEAN) Regional Forum.

Canada's trade relationship with Brunei includes commerce across a number of sectors. For example, Canadian firms are working in aerospace and simulation training, information and communication technologies and in the growing halal pharma industry. Brunei also continues to be a potential market for Canadian companies in the following sectors: oil and gas, clean technologies, agriculture and agri-food, defence and security and education. Canada’s merchandise exports to Brunei in 2018 amounted to $6.5 million, consisting mostly of machinery and mechanical appliances and vegetable products. In 2018, merchandise imports from Brunei to Canada totaled $7.5million, consisting mostly of essential oils, perfumery and cosmetics.