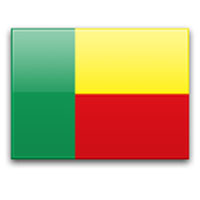 Canada and Benin established diplomatic relations in 1962, shortly after Benin gained its independence in 1960. Canada and Benin enjoy a positive bilateral relationship. Although relations between the two countries are limited, they work together in multilateral forums such as La Francophonie and the United Nations, as well as through development cooperation and trade.

Canada and Benin have a stable, long-standing trade relationship. The most promising growth sectors are in the following areas: agriculture, energy, telecommunications, education and vocational training, and road and rail infrastructure. Bilateral merchandise trade between the two countries totalled about $33 million in 2018, including nearly $31.5 million in Canadian exports to Benin and slightly more than $1.3 million in Canadian imports from the country. Canada’s top five exports to Benin are motor vehicles and parts, meat, textiles, electrical and electronic equipment, and machinery.

In 2017, 610 Beninese students held valid permits to study in Canada. Education is an important sector in Canada-Benin relations. There are several partnerships between Beninese and Canadian universities.

Since 2008, the Government of Canada has provided over $214 million in development and humanitarian assistance to Benin. This includes $33.99 million in 2017-2018, of which $28 million came from Global Affairs Canada. The development program is in line with Canada’s Feminist International Assistance Policy and with Benin’s Government Action Plan for 2016-2021, emphasizing gender equality, the empowerment of women and girls and human dignity (sexual and reproductive health among adolescents). The program also includes initiatives targeting growth that works for everyone (promoting microfinance, tax reform and improved agriculture resilience in the face of climate change).Please visit the Project Browser for more details on programming in Benin.