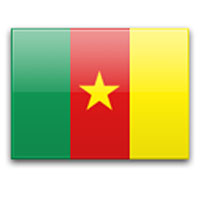 Canada and Cameroon enjoy long standing and friendly bilateral relations. Economic prosperity, the promotion of democratic values, respect for human rights, good governance, official bilingualism and regional security are the pillars of the bilateral relations between the two countries. Canada encourages the concrete efforts that have been made by Cameroon in those areas.

Since 1962, Canada is represented in Cameroon by the High Commission of Canada in Yaounde. Canada also has an Honorary Consulat in Douala.

Cameroun is represented in Canada, since 1962, by a High Commission in Ottawa.

The two countries collaborate in multilateral fora such as the Organisation internationale de la Francophonie, the Commonwealth and the United Nations.

After over half a century of bilateral relations between the two countries, Cameroon and Canada have evolved from a donor-beneficiary relationship to one of trade partners.

Both countries signed a Foreign Investment Promotion and Protection Agreement in March 2014. The Agreement entered into force on December 16, 2016.

In December 2017, Canada concluded an air transport agreement with Cameroon. The Agreement will facilitate the operation of code-sharing between Canada and Cameroon. Code-sharing occurs when an air carrier sells seats on a flight operated by another air carrier, allowing it to expand its network and product offerings. Canada will work to complete its domestic procedures to ratify the Agreement. In the meantime, the Agreement is being applied on an administrative basis.

A convention for the avoidance of double taxation and the prevention of fiscal evasion with respect to taxes on income entered into force between Canada and Cameroon in 1988.

In 2018, with more than 2,000 Cameroonian students in Canada, Cameroon was the second country of origin for students from sub-Saharan Africa.

In 2017-18, Canada's international assistance to Cameroon amounted to more than $28 million.

For more information on development projects with Cameroon, see the Project Browser.

Canada also funds local projects through the Canada Fund for Local Initiatives, managed by the High Commission of Canada in Yaoundé.