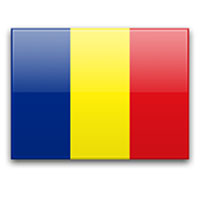 Canada and Chad established diplomatic relations in 1962, soon after the country gained its independence in 1960. Relations between both countries are progressively growing, in particular through security collaboration and humanitarian aid. Canada encourages Chad to ensure the respect of the rule of law and of fundamental freedoms and supports its efforts towards economic diversification.

The High Commission of Canada in Yaoundé, Cameroon, is accredited to Chad since September 2018, following the Canadian Embassy in Khartoum, Sudan, which was responsible from 2011 to 2018. Canada also has an Honorary Consulate in N'Djamena, Chad.

From 1975 to 2014, Chad has been represented in Canada by its embassy in Washington, USA. Chad has recently opened its first embassy in Ottawa in February 2015, and in June 2014, the Chadian ambassador was accredited. Chad also has an Honorary Consulate in Montreal.

In 2017-2018, the Canadian development assistance reached provided $29.32 million for to Chad, and targeted mainly primarily as humanitarian assistance.

For more information on development projects with Chad, see the Project Browser.

Canada finances local projects through the Canada Fund for Local Initiatives, which is managed by the Embassy of Canada in Khartoum.

Canada continues to support regional and pan-African organizations with activities in Chad, and through regional programming in Africa in sectors such as intra-African trade, natural resource governance, climate change, and through Chad’s membership in the African Union. For instance, Canada funds the African Trade Policy Centre of the UN Economic Commission for Africa, which supports countries like Chad to increase trade with other African countries through technical advisory services.