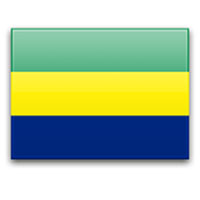 Bilateral relations between Canada and Gabon are modest but show potential for growth.

Canada established diplomatic relations with Gabon in 1963. In Gabon, Canada is represented by the Canadian High Commission in Yaoundé, Cameroon since 2005. Canada also has an Honorary Consulate in Libreville, the capital of Gabon.

Gabon has been represented in Canada by an Embassy in Ottawa since 1971 and also has an Honorary Consul in Montréal.

At multilateral level, Canada and Gabon maintain ties thought international organizations, such as the International Organization of La Francophonie and the United Nations.

Bilateral trade relations between Gabon and Canada are modest.

Canada and Gabon signed an Avoidance of Double Taxation Convention on November 14, 2002, which came into effect on January 1, 2009.

Canada supports Gabon through the Canadian Francophonie scholarship program. Since 1987, this support has facilitated access to university education for 72 Gabonese in areas such as public and school administration.

Canada continues to support regional and pan-African organizations with activities in Gabon, and through regional programming in Africa in sectors such as intra-African trade, natural resource governance, climate change, and through Gabon’s membership in the African Union. For instance, Canada funds the African Trade Policy Centre of the UN Economic Commission for Africa, which supports countries like Gabon to increase trade with other African countries through technical advisory services.