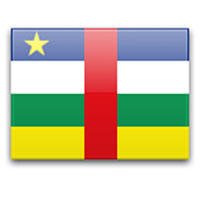 Bilateral relations between Canada and the Central African Republic (CAR) are cordial. Canada encourages the restoration of peace and security, mainly through its support to the United Nations Multidimensional Integrated Stabilization Mission in the CAR. Canada also supports the CAR through humanitarian assistance.

Canada in the Central African Republic

Canada has been represented in the CAR by the Canadian High Commission in Yaoundé, Cameroon since 1962. Canada also has an Honorary Consulate in Bangui, the capital of the CAR.

The Central African Republic in Canada

The Central African Republic has been represented in Canada by its Embassy in Washington, D.C., U.S.A., since 1974.

At multilateral level, Canada and the CAR maintain ties thought international organizations, such as the International Organization of La Francophonie and the United Nations.

Canada also funds the Women’s Political Empowerment and Leadership Project of UN Women at $10 M, which operates in four African countries, including the CAR. The project aims to increase women’s effective political participation by promoting legislative reforms that ensure their fair access to political life. Canada continues to support regional and Pan-African organizations with activities in the CAR, and through regional programming in Africa in sectors such as intra-African trade, natural resource governance, climate change, and through the CAR’s membership in the African Union. For instance, Canada funds the African Trade Policy Centre of the UN Economic Commission for Africa, which supports countries like the CAR to increase trade with other African countries through technical advisory services.

Canadian Contribution to Peace and Security

Canada supports a full range of activities undertaken by the United Nations Multidimensional Integrated Stabilization Mission in the Central African Republic (MINUSCA) which took over from the African Union mission on September 15, 2014.

Canada is a top donor to the United Nations Peacebuilding Fund (PBF), having made a two year $15 million commitment in 2019. The PBF funds fast, catalytic peacebuilding and conflict prevention projects in 34 fragile and conflict-affected countries, including the CAR, which received US$23 million for 11 projects in 2019.

Canada has supported the Special Criminal Court (SCC) in the CAR with the deployment of a war crimes expert as the International Deputy Prosecutor since October 2017. This deployment is consistent with Canada’s commitments to re-engage in the full spectrum of UN peace operations allowing Canada to contribute to international efforts.