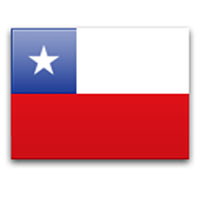 Canada and Chile have enjoyed 78 years of vibrant diplomatic relations since 1941. Bilateral relations are broad and multi-faceted, anchored in shared values, including a commitment to democracy, human rights and women’s empowerment, open markets and commerce, and multilateral cooperation to address global peace and security challenges.

The Canada-Chile Partnership Framework, signed in 2007 and supported by multiple agreements, has served as a roadmap for the expansion and deepening of collaboration between Canada and Chile in various priority sectors, such as the sustainable development of minerals and metals, science and technology, investment promotion, youth mobility, and education.

Canada and Chile enjoy a robust relationship underpinned by frequent high-level visits and interactions. The state visit of then president Michelle Bachelet to Canada in June 2017 provided an opportunity to build on the Canada-Chile Strategic Partnership Framework by enhancing bilateral cooperation in the areas of diversity and social inclusion, with a particular emphasis on women and Indigenous people, economic growth, the environment, climate change and migration. Since the election of President Sebastián Piñera in December 2017, Prime Minister Justin Trudeau has met the Chilean leader on the margins of the Summit of the Americas in April 2018, on the margins of the 73rd United Nations General Assembly in September 2018, as well as at the WTO ministerial in November 2018.

Canada and Chile are close partners in multilateral forums, including the United Nations, the Asia Pacific Economic Cooperation forum, the World Trade Organization, the Organization of American States and within the Summit of the Americas process. The two countries also work together in support of regional trade in the context of the Pacific Alliance in which Canada is an observer. Canada has been actively deepening its engagement with the Alliance since becoming the first non-Latin American observer in 2012, and the first observer to sign a Joint Declaration on a Partnership between Canada and the Pacific Alliance in 2016. In June 2017, Canada was among the first countries invited to become an Associated State of the Pacific Alliance, along with Australia, New Zealand and Singapore, and is currently negotiating a free trade agreement with the Alliance.

Canada and Chile continue to expand their bilateral defence collaboration, which has grown in scope and intensity in recent years, particularly since the signature of a memorandum of understanding on defence cooperation in April 2012. Chile became a member of Canada’s Military Training and Cooperation Program in June 1998, with approximately 393 Chilean students having received training to date. Canada and Chile enjoy strong bilateral relations and technical cooperation on environmental matters, facilitated by the Canada-Chile Agreement on Environmental Cooperation, as well as on Indigenous issues through the engagement of the Embassy of Canada to Chile.

Close personal ties link Canadians and Chileans. Canada is currently among the top foreign study destinations for Chilean post-secondary students, supported by both Chilean and Canadian scholarship programs. Canada has several education initiatives with Chile, including the Emerging Leaders in the Americas Program and the Canada-Chile Leadership Exchange Scholarship program. Each year, over 725 Chileans travel to Canada with an International Experience Canada permit, which allows them to work for one year and study for up to six months in Canada. Approximately 31,890 Chilean tourists visited Canada in 2018, compared to 20,348 in 2014, the year that Canada’s visa requirement for Chilean citizens was lifted.

The Canada-Chile commercial relationship is diverse and growing. The 20th anniversary of the Canada-Chile Free Trade Agreement (CCFTA), the cornerstone of the bilateral trade and investment relationship, was in 2017. The agreement covers trade in goods and services, as well as investments, and includes side agreements on the environment and labour relations. The CCFTA has been amended on several occasions. A modernized agreement was signed in June 2017 to add new chapters on trade and gender (a first for Canada), technical barriers to trade, and sanitary and phytosanitary measures. In addition, several technical amendments to other chapters of the agreement were concluded.

Bilateral merchandise trade has nearly quadrupled since the CCFTA came into force in 1997, reaching its highest level, $2.9 billion, in 2017. Canada exported more than $984 million in merchandise to Chile in 2018, led by machinery, fats and oils, cereals, pharmaceutical products, and mineral fuels and oils. Imports from Chile totalled more than $1.8 billion led by base metals (mainly copper), fruits & nuts, precious stones and metals (mostly gold and silver), fish and seafood and beverages (mainly wine). In 2017, Chile was the 24th largest source of Canadian merchandise imports, and 26th-largest Canadian merchandise export destination. At the end of 2018, the stock of Canadian direct investment in Chile stood at $21.5 billion, making Chile Canada's top investment destination in South and Central America and 10th worldwide. Canadian companies are present in mining, utilities (electricity, gas, and water), chemicals, transportation and storage services and financial services. At the end of 2018, the stock of Chilean direct investment in Canada was valued at $1.4 billion.