Supporting Chilean society to sensitize men to violence against women 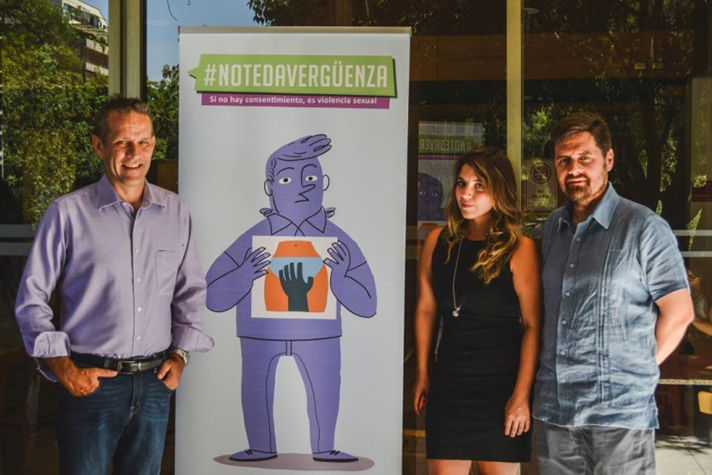 Canada’s Ambassador to Chile, Marcel Lebleu, together with Maria Francisca Valenzuela, president of OCAC, and Francisco Aguayo from Cultura Salud, at the campaign launch. 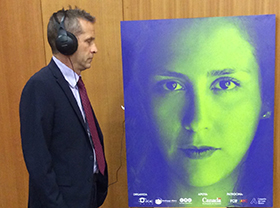 Ambassador Lebleu listening to the personal account of a harassment victim at the campaign launch.

The combatting of sexual violence is something which ideally should include every element of society, including men, so that they too can be agents of change.

The Embassy of Canada to Chile raised awareness about violence against women by supporting the highly successful campaign #NoTeDaVergüenza? (Aren’t you ashamed?). The campaign was very well received on social media and posters found on subway stations in Santiago, and distributed across the country, also had a strong impact.

Inspired by the White Ribbon Campaign organized in Canada in 1991, the project aims to make Chilean society, men in particular, more conscious of the many daily acts of aggression committed against women. For example, in 99% of cases of street harassment of women, the party responsible is a male.

At the campaign launch, Canada’s ambassador to Chile, Marcel Lebleu, explained the origin of the White Ribbon Campaign, which was started in Canada by men who had been marked by the massacre at Montreal’s École Polytechnique in 1989. That campaign has become the most important international initiative organized by men to put an end to violence against women, and it now exists in over 50 countries, including Chile.

Speaking out to end violence against women

One of the #NoTeDaVergüenza? campaign’s partners, Maria Francisca Valenzuela, president of the Observatory against street harassment (OCAC), explains that the campaign targets “all persons, and men in particular, who legitimize these practices [sexual abuse] by keeping silent, by sharing images without questioning them, and by not talking about the situation with their peers.”

Canada is proud to support this campaign - headed by the Fondation Cultura Salud and OCAC, through the Canada Fund for Local Initiatives (CFLI) – which strengthens gender equality in Chile, defends the rights of women and girls, and ensures the sustained and equitable development of Chilean society.