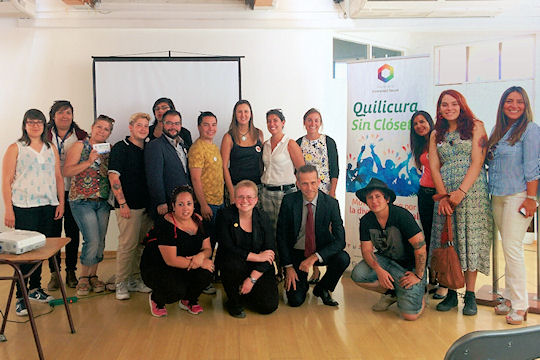 Ambassador Marcel Lebleu at the launch of the communication campaign of the Frente de la diversidad sexual for their project ‘Quilicura without closets’. 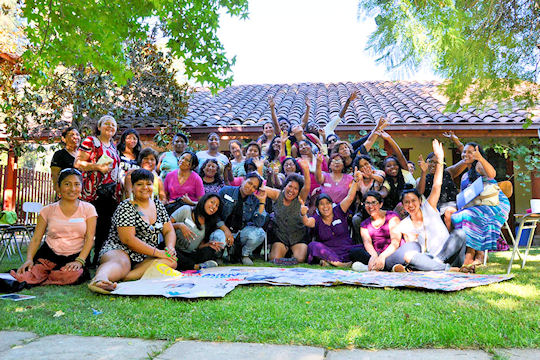 The migrant women participating in the NGO Raíces project pose for the camera after a workshop. 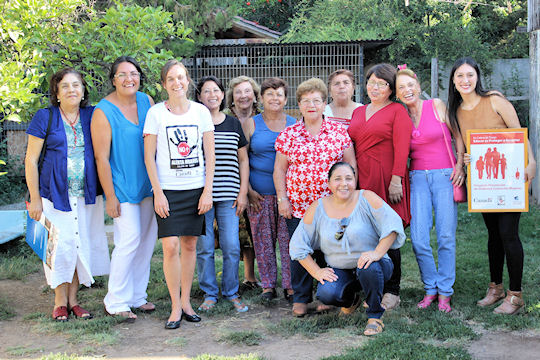 The Embassy was present at the launch of the communication campaign for the prevention of violence against women organised by Carpe Diem and Alerta Mujeres. 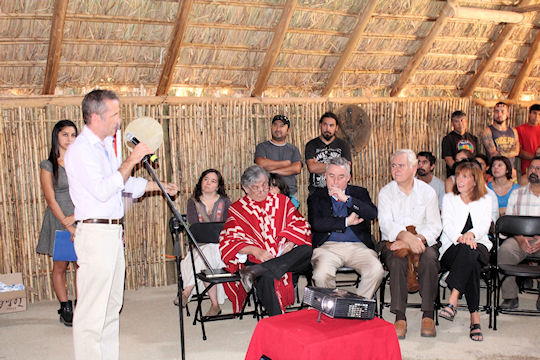 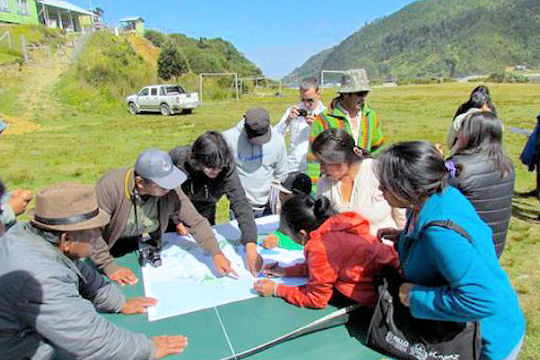 Native community members participate in an activity of the Observatorio Ciudadano.

During the 2015-2016 fiscal year, the Embassy of Canada to Chile funded six projects through the Canada Fund for Local Initiatives (CFLI). They all targeted priority issues such as respect for sexual diversity, women's rights and indigenous issues.  Video of an overview of the funded projects.

The University Diego Portales recorded the first four lessons of its new massive open online course (MOOC) on sexual diversity and gender equality. The course will allow activists and students to learn more about international and national laws related to this subject and the Chilean experience.

The Front for Sexual Diversity organized several workshops in schools and for local municipality officers in Quilicura (located in the metropolitan region of Santiago) to raise awareness about the rights of the LGBT community and its reality. Check out the two videos (in Spanish) produced as part of their communication campaign: “Situación de los DDHH de las personas LGBTI en el mundo y en Chile” and “Ley de Identidad de Género en Chile”

The NGO Raíces conducted workshops over two weekends with the aim of training more than 50 immigrant women living in different municipalities of the Santiago area. Several topics were discussed, including the protection of their rights, human trafficking, Chilean immigration policies, and access to public services. Take a look at the brochure they produced.

In the municipality of Calera de Tango, located in the southern part of the metropolitan area of Santiago, the NGO Carpe Diem and the Alerta Mujeres Network organized eight workshops, each of them bringing together several women and equipping them to deal effectively with situations of violence against women, whether as witnesses or victims. These workshops were followed by a communication campaign and the creation of promotional material.

The CFLI program also enabled the Association Taiñ Adkimn to reconstruct the Mapuche Ruka located in the University of Chile campus in La Pintana which had been burned down in December 2015. Several intercultural exchange events (link to video), training of students and Mapuche traditional ceremonies will be held in the ceremonial center.

Finally, the Embassy also supported a project of the organization Observatorio Ciudadano which consisted of meetings with native communities from the south and north of Chile as well as from Easter Island. This initiative aimed to inform and prepare them to voice their concerns and ideas about the new project law on biodiversity and protected areas. The initiative also included the mapping of existing protected areas and indigenous communities living there.