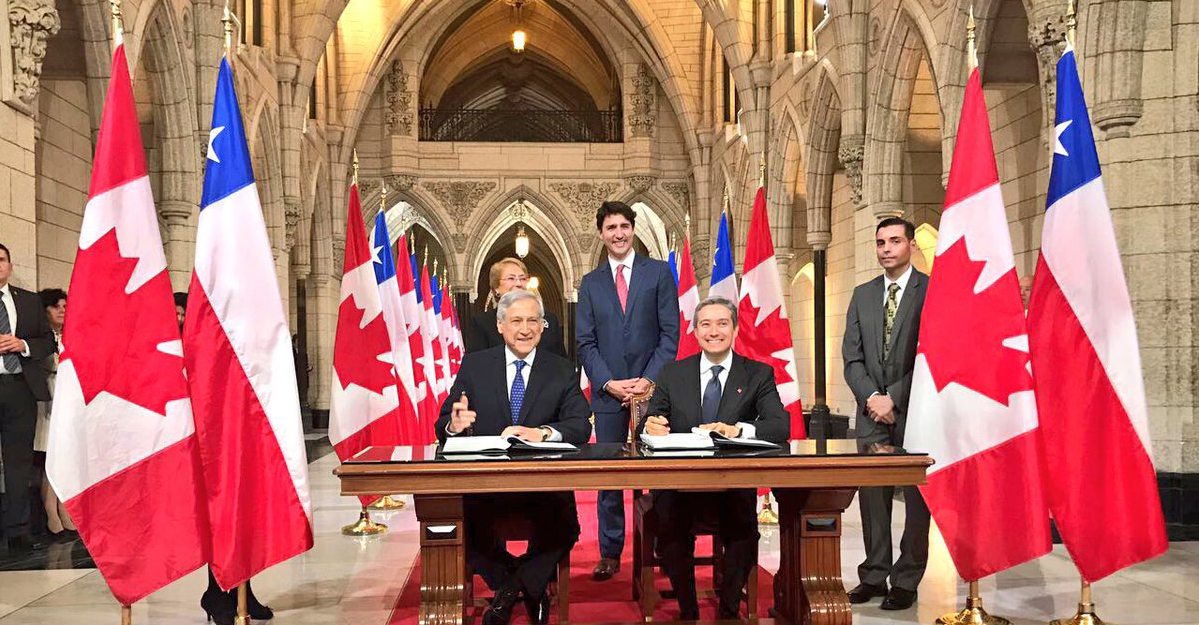 The Canada-Chile Free Trade Agreement (CCFTA) is celebrating its 20th anniversary this year and Prime Minister Justin Trudeau and Chilean President Michelle Bachelet marked the occasion in Ottawa recently by witnessing the signing of amendments to modernize the deal—including a new chapter on promoting gender equality, the first of its kind for any G20 country.

Both countries have much to celebrate this year as the historic Canada-Chile Free Trade Agreement (CCFTA)  is a deal that has seen two-way merchandise trade between the two countries more than triple since it came into force.

During the state visit to Canada by Chilean President Michelle Bachelet in early June, International Trade Minister Francois-Philippe Champagne announced the addition of a chapter on trade and gender, the first of its kind for any G20 country. Champagne and Chilean Foreign Affairs Minister Heraldo Muñoz signed several amendments to modernize the deal, including the gender chapter and new elements in the investment chapter, new chapters on sanitary and phytosanitary measures and technical barriers to trade and technical amendments to the existing government procurement chapter.

The trade and gender chapter acknowledges the importance of applying a gender perspectives to economic and trade issues to ensure that economic growth benefits everyone. It confirms the intention of both parties to enforce their respective international agreements on gender from a rights perspective and provides a framework for Canada and Chile to cooperate on issues related to trade and gender, including women’s entrepreneurship and the development of gender-focused indicators.

The CCFTA came into force July 5, 1997, making it one of Canada’s oldest trade deals, and the first with a South American nation. It was Chile’s first comprehensive trade agreement with another country. In 2016, bilateral trade reached $2.4 billion.

For the full story, read the CanadExport article.