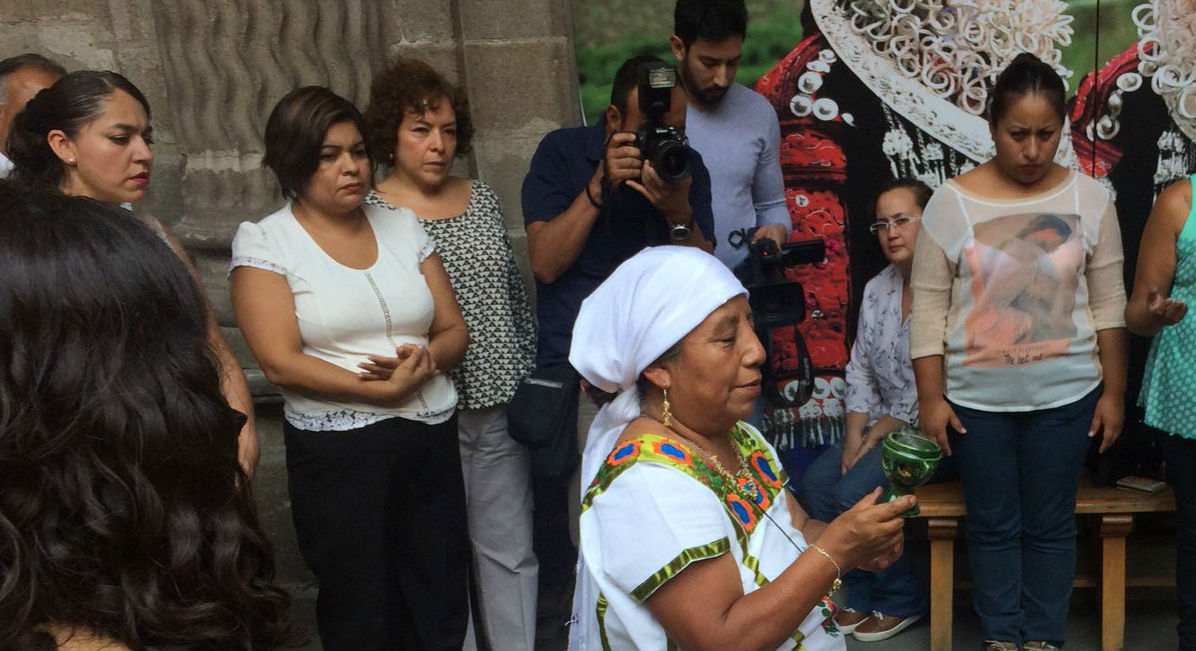 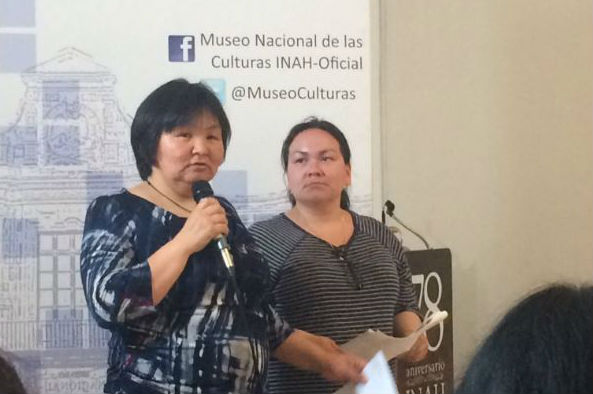 Margaret Mina speaks about her experience as a midwife in Canada.

The traditional practice of midwifery has contributed to decreased pregnancy-related mortality rates and increased prenatal nutrition in indigenous and rural communities across Canada. This progress is something many communities over 2,000 kilometers away in Mexico are hoping to learn from.

In 2016 alone there were 800 deaths across Mexico due to pregnancy and childbirth complications, according to the Observatory of Maternal Mortality.

At the invitation of the National Human Rights Commission of Mexico (CNDH), Margaret Mina, Eileen Moorhouse and Ellen Blais, three Canadian indigenous midwives, recently travelled to Mexico to share their knowledge and experience.

The three midwives presented on Traditional Midwifery in the Prevention of Obstetric Violence during a panel discussion moderated by the Canadian Embassy.

“The invitation to participate in this seminar was by far most interesting for me, since I was able to meet midwives from other cultures and countries and know more about how they are helping pregnant women” – Eileen Moorhouse, Canadian midwife 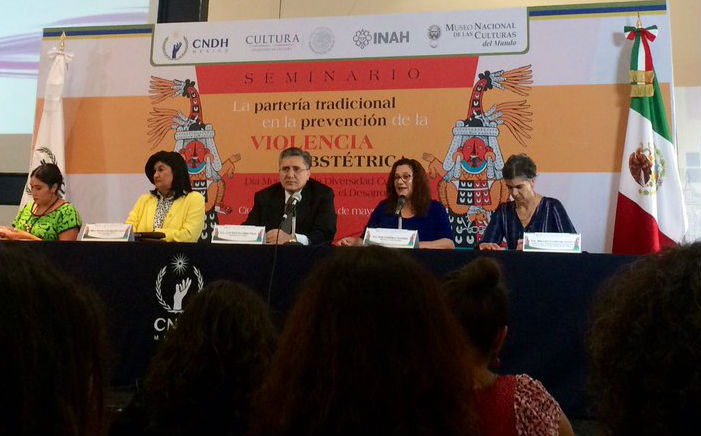 A panel discussion with Mexican governmental officials on the importance of pregnancy and newborn health.

The panelists shared best practices and challenges on the medical aspects of prenatal care, including the importance of sexual and reproductive health and the challenges of maternal and newborn mortality. Non-medical aspects to health, like the institutional recognition of midwifery, the role of culture in prenatal health, and the teaching of midwifery, both in schools and through traditional practices in rural and indigenous communities, were also discussed.

The dialogue also addressed the similarities and differences between the experiences of Mexican, Colombian, and Canadian women and midwives in indigenous, rural, and urban communities.

Government officials from the federal and state level, including the National Commission for the Development of Indigenous Peoples, the CNDH, and the health sector, indigenous and traditional midwives, midwives from urban communities, and students of medicine and midwifery were in attendance.

The institutional recognition of midwifery in Canada played an important role in lowering mortality rates in maternal and newborn health. Once midwives were officially empowered to practice their work, the impact was quickly seen in their communities.

“Maternal and newborn health are very important for Canada. Traditional midwives, including indigenous midwives, play a very important role with respect to this issue. We are very pleased that several Canadian midwives shared their experience at this important seminar with Mexican midwives and authorities.” – Pierre Alarie, Canada’s Ambassador to the United Mexican States

The National Human Rights Commission of Mexico (CNDH) is considering requesting Canada’s support to seek recognition for traditional midwifery as an intangible cultural heritage of humanity at the United Nations Educational, Scientific and Cultural Organization (UNESCO).

These efforts support the recognition of midwifery in Mexico’s legal system, cultural and traditional heritage, and ultimately as a component of a comprehensive and humane health system.

The Canadian Embassy was thrilled to facilitate this inter-cultural dialogue and will continue to work with partners to promote and support maternal and newborn health in Mexico.