Fighting Fake News in Singapore and around the world

At a time when fake news is emerging as a key international issue, an important discussion was held in Singapore to explore how to address the problem.

At the "Keep it Real: Truth and Trust in Media" forum in Singapore, organized by the Straits Times and the World Association of Newspapers and News Publishers in partnership with the High Commission of Canada and others, academics, public servants, journalists, and private sector representatives (including from Facebook, Google, and Storyful) from across Asia, Europe, and Canada came together to discuss what various stakeholders can do to address this increasingly pervasive issue. Some viewed the problem as a security threat requiring government intervention, while others argued that the challenge would be more appropriately and effectively addressed through collaborative efforts involving civil society, the media, and the private sector.

In a keynote address, Minister of Home Affairs K. Shanmugam discussed how he viewed the impact of fake news in Singapore. He explained that online misinformation has brought mistrust into the process of democracy, and can delegitimize leaders, divide societies, and endanger lives. He argued that government legislation is necessary to address the issue, and is likely to soon be introduced in Singapore. 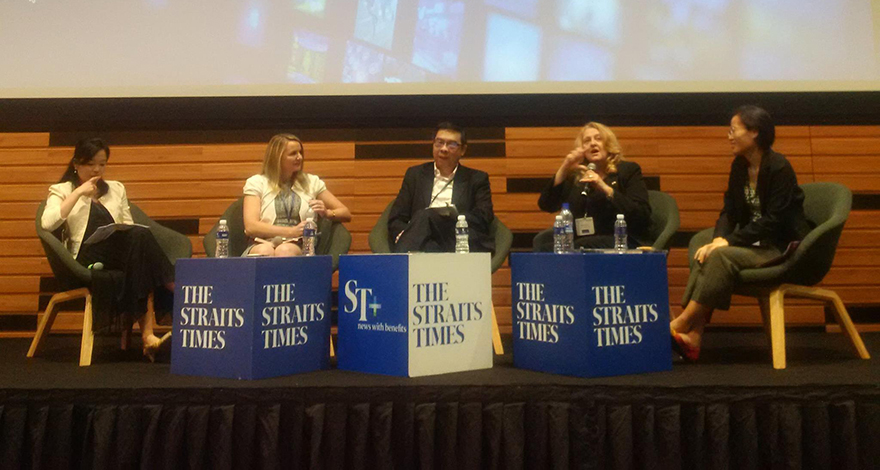 "Keep it Real: Truth and Trust in Media" forum in Singapore

Other speakers questioned the use of legislation as a solution and noted the inherent risk that government involvement could entail. They pointed out that states themselves can generate fake news, which magnifies the dangers of a government acting as both judge and jury in deciding what comprises legitimate information.

The theme of trust was also central to the discussion. One speaker explained the crisis of trust that exists in some countries, whereby citizens do not trust traditional media because they know that the media is state controlled and that truth is often hidden. This mistrust could render attempts to address the issue of fake news through government means ineffective. 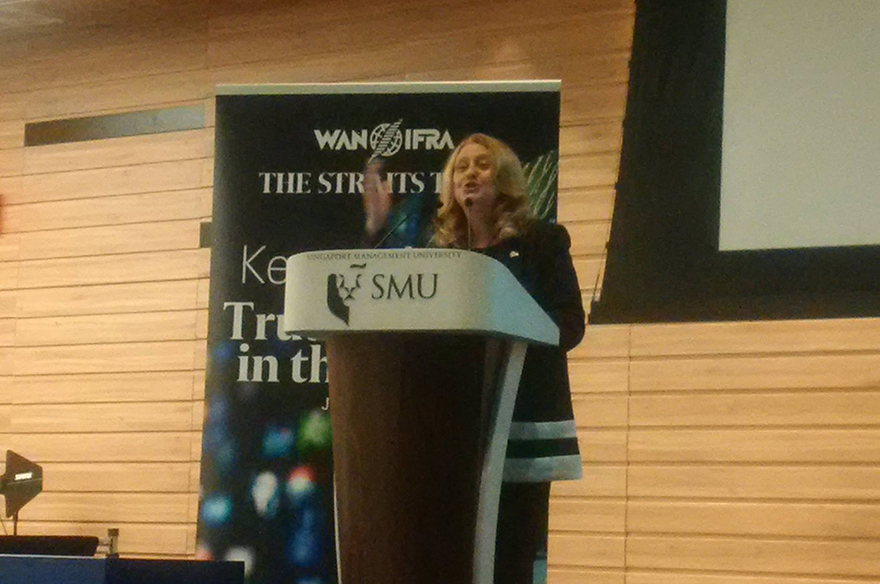 Nejolla Korris says that citizen empowerment and engagement is key to solving the issue of fake news online.

Canadian lie-detection and social media risk expert Nejolla Korris was invited by the High Commission of Canada to participate in the forum. She also raised the issue of trust in her presentation, entitled: “Elves vs Trolls: Lessons from citizen activists in the battle against misinformation”. She explained that trust between citizens and key institutions of society, like governments, non-governmental organizations, businesses, and the media, is plummeting. With a lack of trust in these traditional sources of news, sensationalist content can appear credible.

In her view, there is a need to empower people to be “elves”, or online activists who undertake fact-checking and expose stories with misinformation. She shared the example of a group of “elves” in Lithuania which works effectively to de-bunk fake news.

The prevailing view was that the best way to address the challenge of fake news is through a combination of improved journalism, media literacy, and action by social media platforms, like Facebook and Twitter, to prevent the spread of misinformation, address the monetization of fake news, and empower the public to be more critical consumers of information.

The issue of fake news and misinformation has serious implications for democracy, security, and freedom of expression. Canada’s involvement in the forum spoke to our dedication to work with partners to address this new and emerging challenge.