While Canada celebrates its 150th year of Confederation, there are notable milestones in its relationship with South Africa to recognize as well.

Both countries recently celebrated 20 years of co-production at the 38th edition of the Durban International Film Festival (DIFF) and FilmMart, one of the oldest and largest film festival and film industry market in Southern Africa.

As part of this year’s commemoration, Canada was a featured country in the industry show.

A Million Colours, Inescapable, Phoenix Wilder, and Jonestown: Paradise Lost were the cinematic successes selected to provide a retrospective look at 20 years of co-production between Canada and South Africa at the DIFF.

A total of 26 official projects have been produced under the co-production agreement since it was signed in 1997, including television series such as Jozi-H and Book of Negroes, and feature films such as The Bang Bang Club. 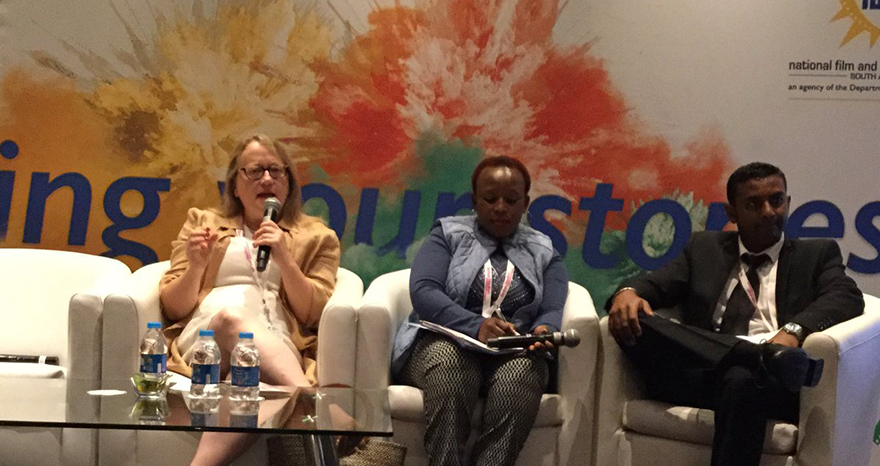 A panel of Canadian and South African funding agencies offering tips to the audience on financing, tax incentives and local crews.

As South Africa focuses on inclusive growth, especially for previously disadvantaged communities and some regions that have been marginalized (most filming happens in Cape Town or Johannesburg), the South Africa interlocutors Department of Arts and Culture, Trade and Industry, and Wesgro (The Official Tourism, Trade & Investment Promotion Agency for Cape Town and the Western Cape) are natural partners in Canadian efforts to promote the co-production treaty and to encourage the development of new projects.

Over the last 10 years, South Africa has been among the top 10 countries in terms of the number of co-productions done in partnership with Canada.

With co-production agreements with 55 countries, Canada has been very proactive in encouraging the production of audiovisual works; South Africa remains an important partner in that endeavor.

This year Canada and South Africa collaborated on film/TV productions and have upcoming projects which will showcase Canadian Indigenous products and develop business opportunities with South African designers and crafters. These additional opportunities for South Africa have strengthened relations in the cultural industries billion-dollar sector while promoting the talents of Canadian artists.

At FilmMart, the CEO of the Canada Media Fund (CMF) and several producers participated in a featured panel on making co-productions as well as a speed-dating session for pitching projects to the Canadian delegation. In addition, the CMF and the NFVF are working on an international partnership to promote the development of projects for television and digital media between producers of South Africa and Canada.

The High Commissioner of Canada to South Africa, Sandra McCardell, highlighted that Canada looks forward to continuing the celebration at the upcoming Toronto International Film Festival with South African colleagues.

African filmmakers were given the opportunity to pitch projects – everything from shorts, documentaries to feature films – to the Canadian delegation of film and television producers.

The Canadian producers were joined by Heidi Tao Yang, Fund Manager for the Hot Docs-Blue Ice Group Documentary Fund (a fund which supports African documentary filmmakers). Hot Docs ran a mentorship workshop for their funded filmmakers at the FilmMart.

Filmmakers met with Nicole Brooks and Lisa Wickham from Caribbean Tales and CineFAM - Africa, a partnership with the Durban International Film Festival (DIFF), Durban FilmMart, and Sisters Working in Film and Television (SWIFT). This initiative encourages the development and production of original short films by African female filmmakers.

During the Film Mart, Caribbean Tales hosted an exciting workshop where filmmakers had five days to write, shoot, edit, upload and pitch their films. The creator of the best film won a scholarship to attend the upcoming Caribbean Tales Market Incubator in Toronto. 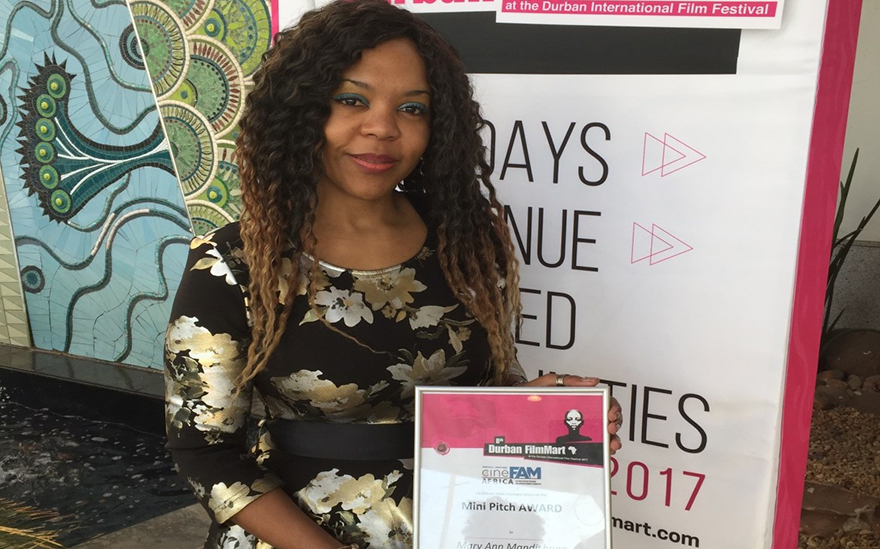 Canadian Heritage recently invited a South African delegation to the Toronto International Film Festival (TIFF) in September where South Africa will have the opportunity to negotiate an updated co-production agreement and exchange ideas with Canadian officials. The delegation will include representatives from the South African Consulate General in Toronto, the Department of Arts and Culture, the South African National Film and Video Foundation and filmmakers and producers.  Four South African films have been selected to screen at TIFF this year: Five Fingers of Marseilles by Michael Matthews, High Fantasy by Jenna Bass, Silas by Anjali Nayar and Hawa Essuman and The Number by Khalo Matabane.