How an inclusive school in Jordan empowers refugee students

Qesaria public school is a typical Jordanian school located in a suburb north of the capital Amman.  As you approach and enter the school, you are struck by many unexpected surprises – colourful painted murals on the exterior and interior walls.

Visitors will also see garden plants neatly arranged in painted plastic tubing, children’s projects proudly displayed in the front foyer, and a plaque outside the principal’s office that reads: “Don’t say I am Syrian or Jordanian. We are all united brothers and sisters.”

Qesaria is one of 196 schools throughout Jordan that has added a double shift system (whereby schools are used twice in one day, with a morning shift predominantly for Jordanians and an afternoon shift predominantly for Syrians) in response to Jordan’s landmark commitment to get every child in school, regardless of their nationality. 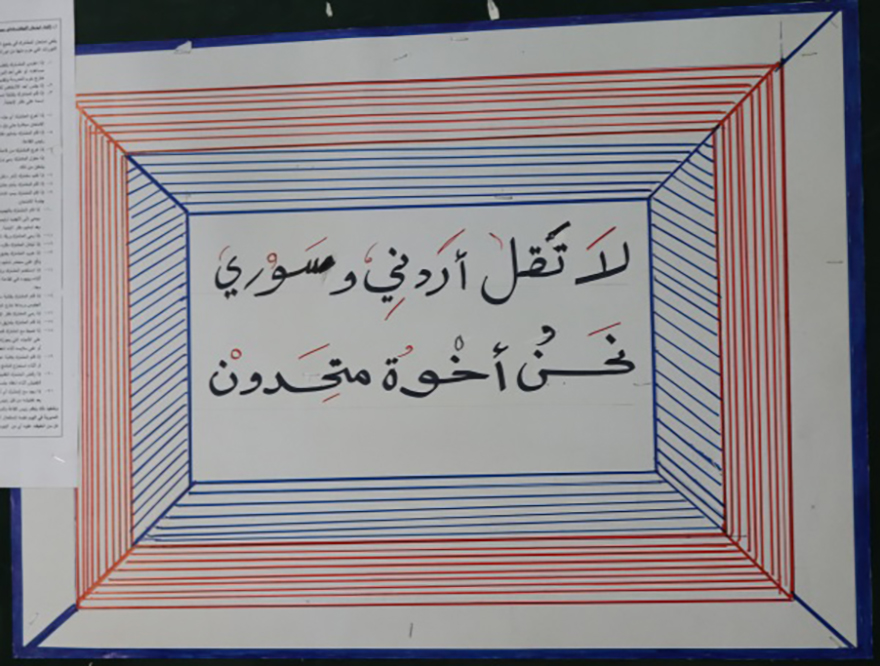 A plaque outside the principal’s office reads “Don’t say I am Syrian or Jordanian. We are all united brothers and sisters.”

Canada and other donors have rallied around this commitment, providing generous support to Jordan’s Ministry of Education and other key education stakeholders.

The Embassy of Canada to Jordan recently helped support the Scaling Up Access to Formal Education for Syrian Girls and Boys project. Along with other donors (USAID, UKAID, and Norway), Canada contributes to improved access to formal education and improved quality of education for Syrian girls and boys.

The influx of Syrian refugees into Jordan has increased the pressure on public services including education. Jordan currently hosts an estimated 212,000 school-aged Syrian refugee children, of which over 126,000 are enrolled in Jordanian public schools in host communities.

Of the countries in the region hosting significant Syrian refugee populations, Jordan has been one of the most progressive in providing education through the formal education system.

However, this rapid expansion has increased pressure on already-strained services and infrastructure. The majority of Syrian and many Jordanian children are accommodated in overcrowded classrooms or through a second shift.

“Millions of people displaced by the conflict in Syria and Iraq still need ‎our help. Some are returning home to devastated cities and villages. Many more struggle with basic needs in host communities across the Middle East. Canada will continue to uphold their dignity and speak out for the most vulnerable, including women and girls, who are among the most severely affected by this tragedy.” - Marie-Claude Bibeau, Minister of International Development and La Francophonie

As a key result of its support, Canada spearheaded a targeted effort to ensure girls (particularly those at risk of dropping out due to safety concerns and early marriage) remain in school.

Over 800 of the 126,000 Syrian students enrolled in public schools attend Qesaria, including a young girl named Rihana.

Rihana lives with her mother, father and five sisters and brothers in a small 2nd floor apartment just around the corner from the school.

Although she lives so close by, she had been unable to enrol in school until recently due to the lack of available spaces. 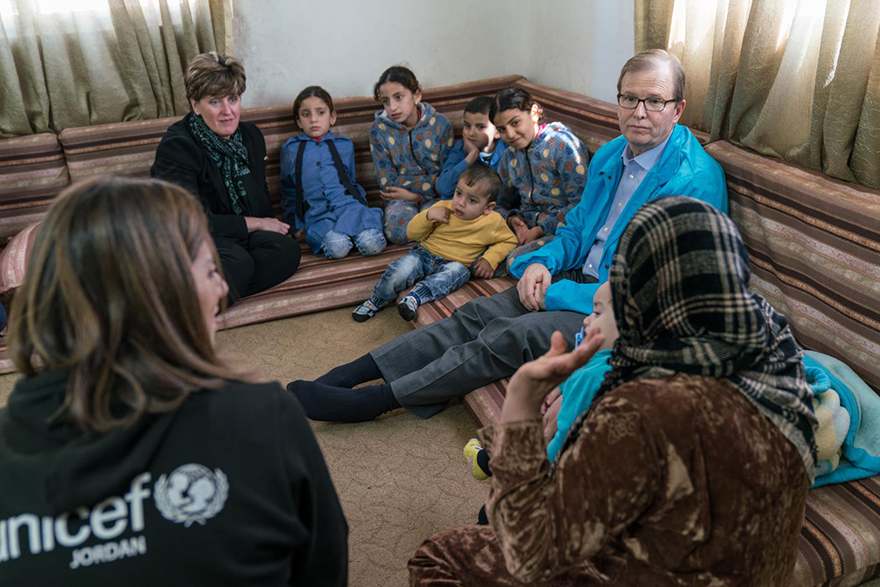 Canada’s Minister of International Development meets with Rihana and her family during her visit to Jordan.

With the added second shift, Rihana is now a proud and enthusiastic member of the grade 2 class.

When Rihana wakes up the first thing she does is put on her school uniform - even though her shift begins at 2:30 p.m.

Rihana is just one shining example of the many children that will benefit from a public education in Jordan.

Canada is recognized by the Government of Jordan as a key donor with over a decade of engagement in Jordan’s education sector.
Canada is strengthening the national system to deliver quality education over the long-term, while making a concerted effort to ensure all children, including refugee children, have access to and benefit equally from a quality public education.

Recently, the Government of Jordan further improved access to education to Syrian girls and boys by integrating those without official papers, and waiving tuition and textbook fees for all refugee children regardless of their origins.