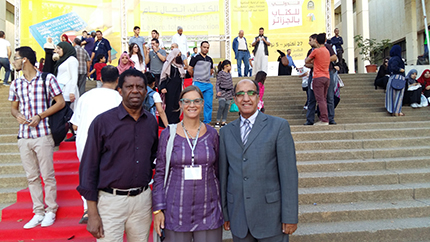 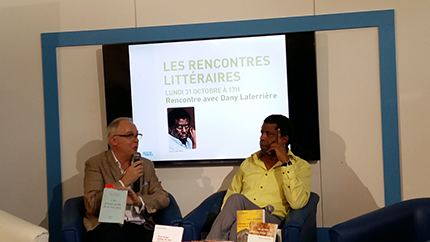 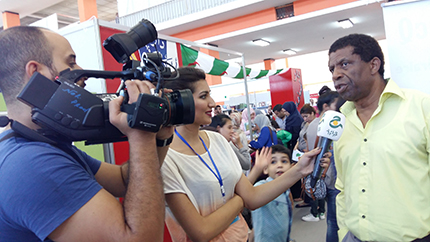 The Embassy of Canada to Algeria was proud to showcase one of Canada’s greatest writers and promote Canadian literature at Algeria’s most important cultural event, the 21st annual Algiers International Book Fair (SILA). The event attracts an estimated 1.5 million visitors each year. The 2016 edition had 50 participating countries and close to 1000 vendors represented, including Canada’s National Association of Book Publishers (ANEL) on hand for the first time, bringing Canadian books to international audiences.

The Canadian Embassy to Algeria was thrilled to facilitate the participation of Haïtian-Canadian author Dany Laferrière in the Fair. Invited by the Algerian Minister of Culture, Mr. Laferrière is the first and only Canadian (as well as the first and only Haitian) member of the Académie française, and is the only current member who is not a citizen of France..  His high-profile participation showcased Canada, while also highlighting a dialogue on diversity and cultures based on Mr. Laferrière’s works and his own life experience.

Algeria is home to the 3rd largest francophone population in the world with more than 11 million French speakers, and Canada is home to the second-largest diaspora of Algerians in the world (after France). The strong ties between Canada and Algeria have made Canada a reference point for most Algerians, opening the door to  a demand for Canadian books in French covering subjects such as : computers, electronics, biology, and medicine, all of which are in high demand..

The Canadian Embassy, ANEL, and local partner, distribute ABC Books, look forward to future partnership opportunities in the years ahead, while the Embassy will also look to enhance Canada’s presence at future editions of the Algiers International Book Fair.