Canada in Australia: 16 Days of Activism against Gender-Based Violence 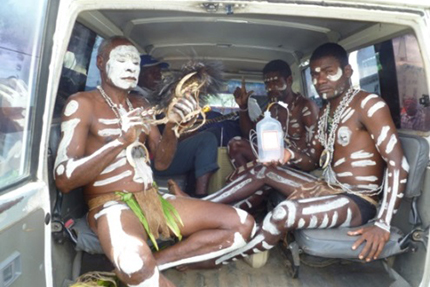 From the Seeds website: “Seeds Drama Artists getting ready for an outreach” 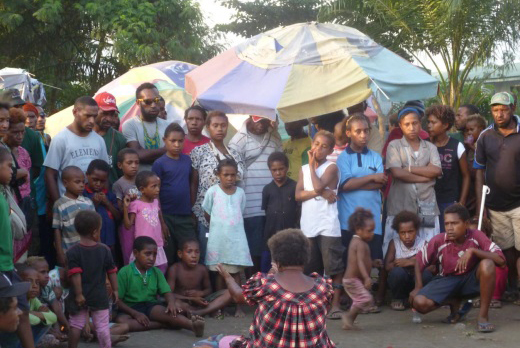 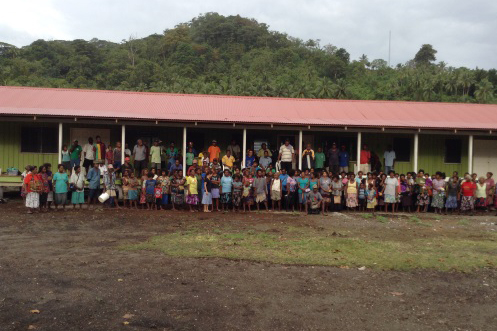 The Namuga Hospital Project, funded by the High Commission, increased the quality of care for victims of gender-based violence. 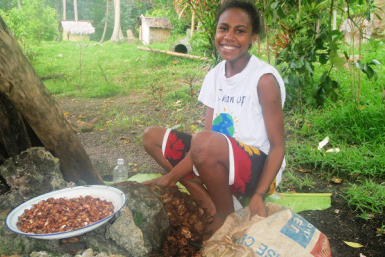 The Pacific region has some of the highest rates of domestic violence in the world.

Between 70 and 75 per cent of women in the Solomon Islands and Vanuatu reported experiencing some form of domestic violence.

A time to take action

The International Day for the Elimination of Violence against Women marks the beginning of UN Women’s 16 Days of Activism against Gender-Based Violence Campaign, a time to take action to end violence against women and girls around the world.

The High Commission of Canada in Australia is committed to empowering women and helping to reduce gender based violence in the Pacific which it has supported through the Canada Fund for Local Initiatives (CFLI).

In the past three years, the High Commission has supported three programs run by the Seeds Theatre Group, all of which used dramatic arts to raise awareness surrounding domestic and sorcery-related violence against women in Papua New Guinea. These programs not only provided safe spaces for women and girls to take part in various activities, but encouraged boys and young men to change their attitudes and behaviours relating to the treatment of girls and women.

“Drama role play was used, depicting real-life situations of everyday life in a community, including beliefs and interaction where scenes portrayed events which lead to the murder of a woman accused of sorcery. These performances provided the audience with a clear understanding that killing is wrong, against the law, against Christian principles and against human rights.”

Simbu Rural Women Empowerment is an organisation in Papua New Guinea that conducts training sessions focusing on the empowerment of women by discussing issues such as gender equality and domestic violence in communities. Over the past five years, the High Commission of Canada has supported six other similar programs that address the problem of gender-based violence in the country.

In the highlands of Papua New Guinea (PNG), where gender based violence is extremely high, local faith pastors were invited to address gender-based violence across church-based settings.

“Awareness is well taken when women are assisted by men folks to improve women empowering women in the highlands of PNG. Increase curiosity among men and faith based elders to assist women to conduct awareness in the communities for gender equality and empowering women living or victims of domestic violence.”

A further outcome of this project has also been an increase in knowledge on the issues of sorcery-related violence against women and children.

In 2012/2013, the High Commission supported the Namuga Hospital Project, building a health facility for the 22,000 people of the Star Harbour area, as well as the two outlying islands of Santa Ana and Santa Catalina. The project has provided a healthier and safer environment for women and girls through health education and the provision of domestic violence services.

The Solomon Islands Women’s Rights Action Movement (WRAM) has been helping to eliminate violence against women by training facilitators on the Family Protection Act and sharing information among service providers that enhance services for domestic violence victims. This program is one of four in Solomon Islands that the High Commission of Canada has supported through the CFLI in the past five years.

ACTIV (Alternative Communities Trade in Vanuatu) is an organisation that runs empowerment programs for women’s groups in Vanuatu on issues such as domestic violence, reproductive health and economic empowerment. The High Commission of Canada has funded two ACTIV programs in recent years, as well as supported three other NGOs in the area of gender-based violence, as a means by which to address this problem.

Micronesian Productions is running a program with women’s groups across the Federated States of Micronesia that identifies key issues such as safety and education, and raises their profile in a number of ways, including through community festivals and YouTube videos. This is a key program that the High Commission of Canada has supported through the CFLI that assists in preventing gender-based violence in the country.