Raising voices together for indigenous rights in Latin America

“Undoubtedly, we continue to see the challenges that exist for indigenous women in El Salvador and Canada are large and complex, but being here together today, gives us the certainty that we have come a long way and we shall continue recovering spaces and rights for our people.”
Canadian Ambassador to El Salvador Maryse Guibeault 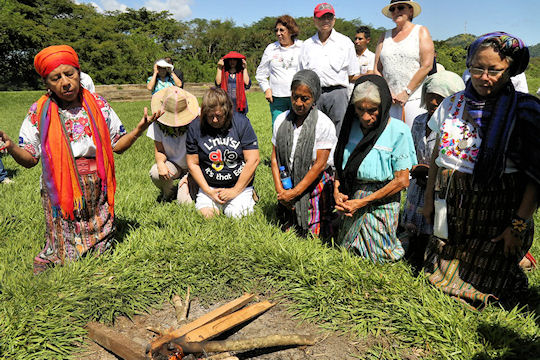 A traditional ceremony of the Nahuat people opens the discussion forum in El Salvador. 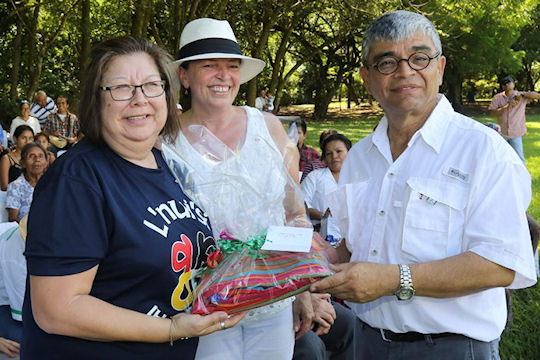 “Through this event, we wanted to demonstrate our strong commitment to the rights of Indigenous peoples and to women’s empowerment. Now, more than ever, it is critical for Indigenous women across Central America to join forces and work together for their rights and a better future for their daughters.”
Canada’s Ambassador to Costa Rica, Michael Gort

Three Canadian Embassies in Latin America recently hosted a regional tour to promote indigenous women’s rights. The tour served as a platform for open dialogue amongst indigenous leaders from Canada and Latin America. It helped to commemorate International Day of the Elimination of Violence Against Women.

In Honduras, Clark met with ten community representatives who came from different areas of the country and six organisations based in Tegucigalpa. Together they shared their respective experiences as indigenous women. The exchange was very well-received by the participants, who saw it as an insightful sharing experience.

The event was historic as it was the first time these representatives of local indigenous communities had the opportunity to meet each other in person, which made them realize that union makes them stronger. This exchange strengthened the relationship between Canada’s bilateral cooperation program, indigenous organizations, and local civil societies working to protect and promote indigenous women’s human rights.

Working together for indigenous rights

During the stop in El Salvador, Canada’s Ambassador to El Salvador Maryse Guilbeault hosted a discussion forum with Clark, local partners, and 80 Salvadorian indigenous human rights leaders to exchange experiences. This productive discussion took place at the San Andres archeological site and commenced with a traditional local indigenous ceremony. During the forum, participants confirmed the importance of support for inclusive practices for their communities.

"This kind of meeting reaffirmed the importance of indigenous peoples worldwide," said Dr. Ramon Rivas, El Salvador’s Former Secretary of Culture. El Salvador’s indigenous leaders and ‎Canada committed to continue to work together to improve the rights of indigenous women in their countries. 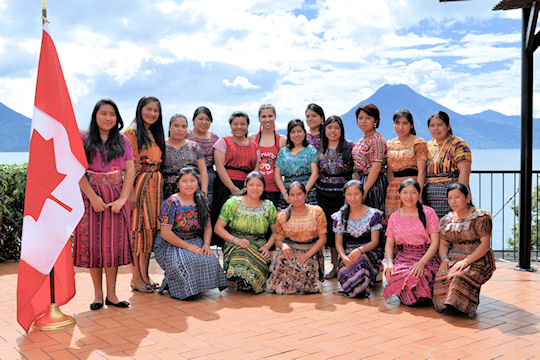 In Guatemala, NWAC’s Youth Representative Chenise Haché, travelled to Sololá, an area in the Western Highlands that has a large indigenous population. Haché shared her Canadian experiences about youth leadership with young indigenous women leaders who are working on eliminating child early and forced marriage in their own communities. The young Canadian and Guatemalan women found much in common in their cultures and the challenges they face.

Finally, Judy Clark capped off her regional tour by participating in the VII Indigenous Women’s Forum of the Americas in Guatemala. Canadian Ambassador to Guatemala Deborah Chatsis gave opening remarks on behalf of the international community, where she highlighted donors’ support for the economic, social and political empowerment of indigenous women. Discussions touched on human rights such as gender-based violence, poverty, empowerment and climate change. The meeting hosted more than 300 indigenous representatives from 21 countries and contributed to the strengthening of networks between organizations and women activists in the Americas.