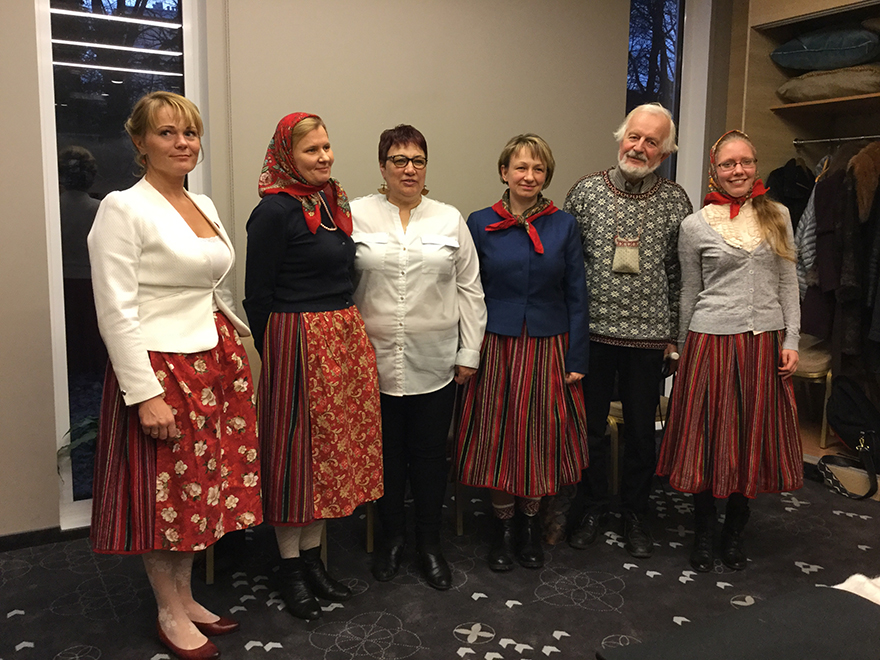 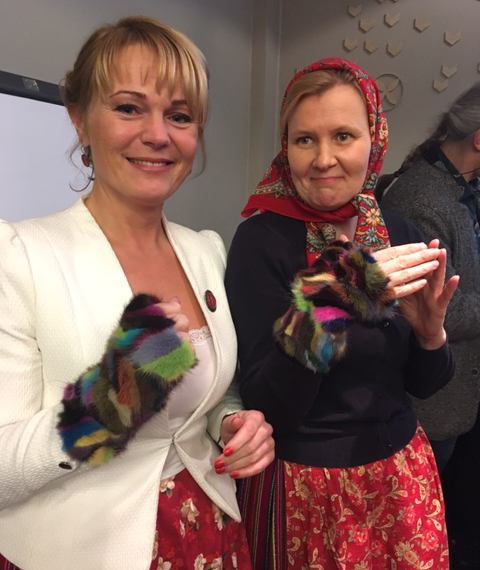 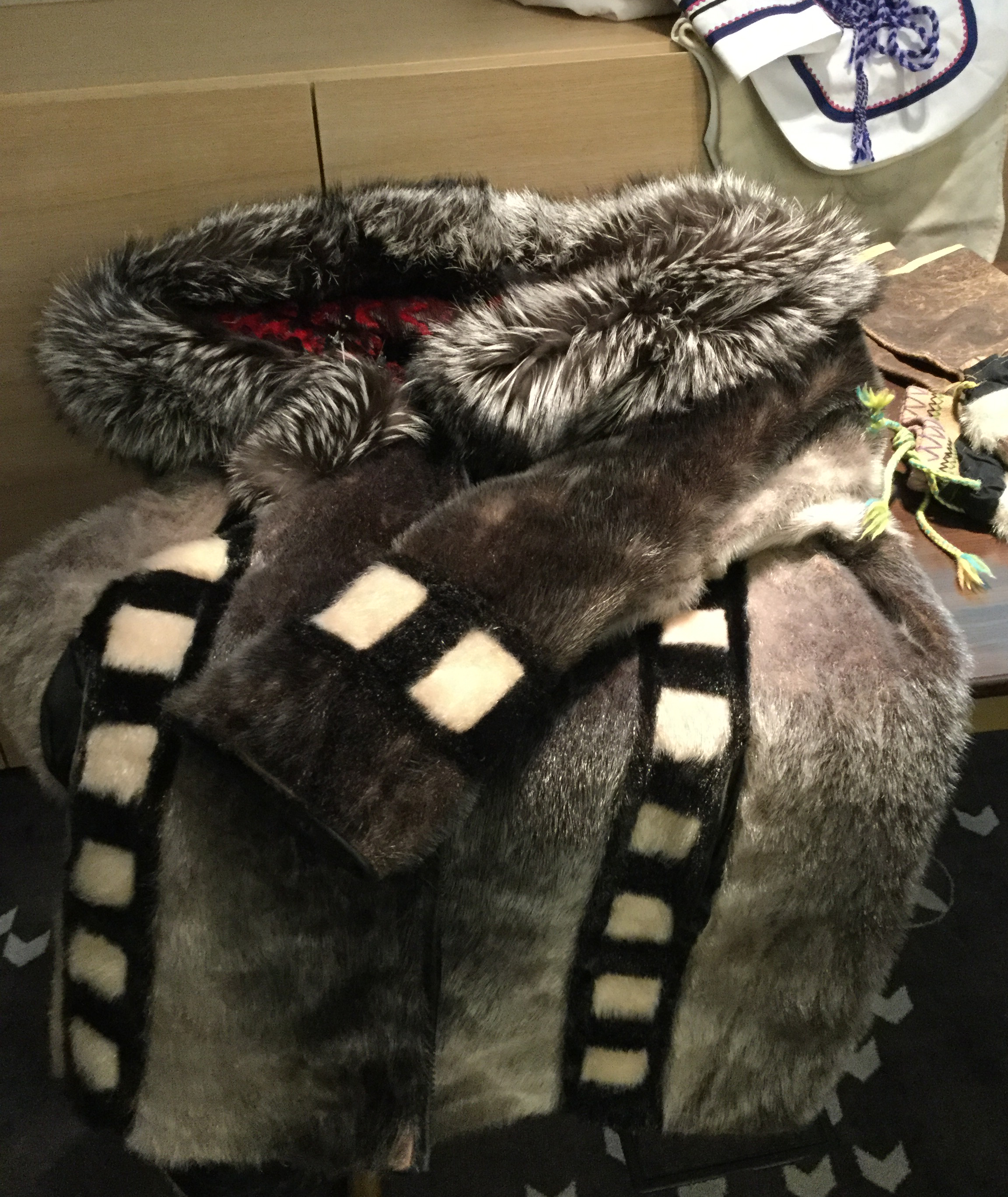 Fur coat made of seal skin. 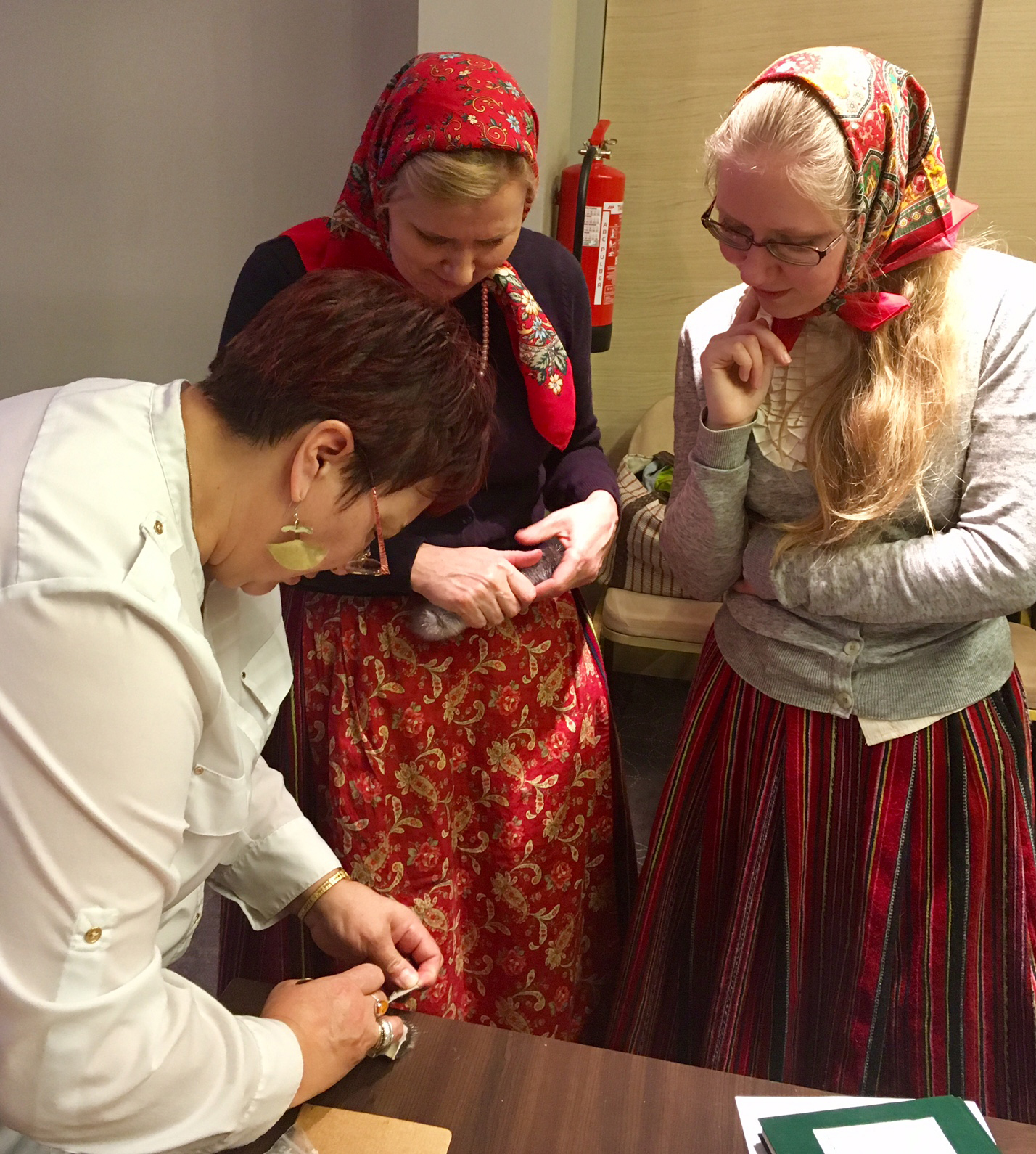 In Canada’s remote coastal and northern communities, sealing is an important part of the way of life and a much needed source of income for thousands of families. In addition to their economic value, seal products hold a significant cultural and traditional value to northern communities.

Although Estonia and the Canadian Arctic region are separated by a vast ocean, both share an interdependence of the people and their land in fishing and sealing traditions, Fostering a dialogues and sharing traditions brought our nations together as two sealskin designers from Nunavut, Mona Netser and Rannva Simonsen, visited Estonia.

Mona Netser is a traditional sealskin seamstress and designer from Cole Harbour, Nunavut who also teaches traditional methods and design to students of Nunavut Arctic College. Her work is featured at the Gallery of the High Commission of Canada in London, England.

Ravvna Simonsen emigrated to Iqaluit, Nunavut twenty years ago from the Faroe Islands. In Iqaluit, she operates Rannva's Designs and runs Sewing for Survival, a sealskin design program at a local women's shelter.

Office of the Embassy of Canada in Tallinn invited various guests to come to the workshop, including the Viljandi Culture Academy and the Estonian Academy of Arts with members of the national handicraft guild.

Mona opened the workshop by lighting a qulliq, the traditional sealskin oil lamp used in the Arctic.

Estonian artists worked with the Mona and Ravvna to design accessories made out of sealskin. The group explored shared traditional methods of cutting and sewing; compared design methods, tools, and design; and shared stories.

'Sealing' as a tradition

Mark Soosaar, a former member of parliament, filmmaker and seal hunt conservationist from Estonia's Kihnu Island, showed his film about traditional sealing on the island; a historical tradition still supported by many residents.

Representatives of the Estonian Hunters’ Society also participated to learn more about the current situation of Indigenous sealing in Canada's north, and possible ways to teach indigenous traditional methods in Estonia.

The designers were accompanied by a delegation from Nunavut and the Department of Fisheries and Oceans. Following the 2015 agreement between Canada and the European Union, seal skin products certified from Indigenous people in Canada's north may be exported to the European Union.

Canadian and Estonian Indigenous connections will continue to strengthen in the future through activities such as; educational exchanges with the Estonian Academy of Arts and the Viljandi Culture Academy; and plans for indigenous artists from Canada to visit Estonia's historic sealing communities.