The Embassy of Canada to Switzerland hosted a reception for National Aboriginal Day as a way of celebrating Canada’s unique heritage, diverse cultures and the outstanding contribution of First Nations, Inuit and Métis peoples to Canadian identity today. The Canadian Constitution recognizes these three groups as Aboriginal peoples, also known as Indigenous Peoples. 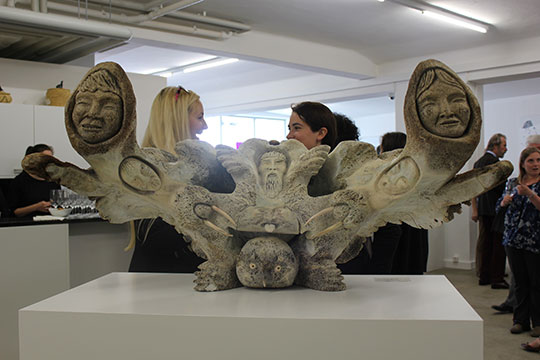 A collection piece made out of whalebone, caribou antler and a seal claw.

The event showcased how Aboriginal arts, history and heritage are woven into the fabric of our country, without losing sight of the many challenges still facing Canada’s Aboriginal communities, such as Indian Residential Schools and Missing and Murdered Indigenous Women, and emphasized Canada’s continued and strong commitment to reconciliation today.

“Indigenous voices and perspectives are of the utmost importance as our country works together to give our kids and grandkids a better, healthier, more prosperous, and more inclusive tomorrow. I look forward to working with Indigenous leaders to make real progress on the important issues affecting their communities and Canada.”

The reception took place at the Museum Cerny Inuit Collection, which houses a remarkable and extensive collection of contemporary and traditional art. The event attracted many guests and began with the lighting of the Qullik lamp, used mainly for ceremonial purposes.

In addition to the Collection, the Animatou Festival, with the support of the Embassy of Canada in collaboration with the National Film Board of Canada, showcased MANITOU, a free travelling program of 7 short animated films from Canada. These films were shown to highlight various aspects of life and traditions of Canadian Aboriginal peoples. After being screened at the Cerny Collection, the program will be shared across Switzerland.

“Choosing the Cerny Inuit Collection Museum to celebrate National Aboriginal Day provided the guests with a unique encounter in experiencing the customs and art of the peoples of the Arctic. Jessica Kotierk from Igloolik, Nunavut, who was in Berne working on York University‘s Mobilising Inuit Cultural Heritage project with the museum, lighted the Qulliq practicing an age old tradition that today also marks important communal gatherings and contributed to evening’s lively discussions.
The echo was one of discovery and fascination. ” 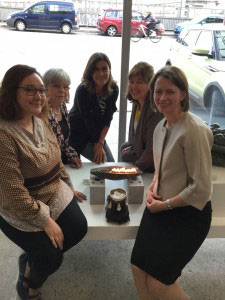 Embassy of Canada to Switzerland partners for National Aboriginal Day around the traditional Qullik lamp.