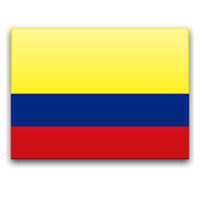 In Colombia, Canada is represented by the Embassy of Canada located in Bogotá. Canada also has an Honorary Consul in Cartagena.

Colombia is represented in Canada by an Embassy in Ottawa. Colombia also has consulates in Montréal, Toronto (including trade office), Calgary and Vancouver.

The Government of Canada takes a whole-of-government approach to its bilateral relations with Colombia through its political, commercial, development, and peace and security programming. The relationship includes: expanding trade and investment, facilitated by the 2011 bilateral free trade agreement; a frank dialogue on human rights; development cooperation; support for Colombia’s justice, security and peace-building efforts; growing mobility between our two countries (tourism, study, business, immigration) and people-to-people relationships; and, close cooperation on multilateral issues. Colombia is a constructive, valued partner for Canada in the region and internationally, with a shared commitment to the values of democracy, transparency, multilateralism, and economic cooperation and integration.

Canada also provides development assistance to Colombia through Global Affairs Canada’s Inter-American Program, which addresses regional, multi-country or trans-boundary issues, such as health and communicable diseases, resource exploitation and trade facilitation. Development projects in Colombia that are designed and implemented by Canadian civil society organizations – working with local counterparts – are provided through Global Affairs Canada’s Partnerships for Development Innovation programs. Canada also responds to the needs of crisis-affected populations in Colombia via the annual appeals of humanitarian organizations.

Canada’s Peace and Stabilization Operations Program has been supporting stabilization and peace building initiatives in Colombia since 2005. In 2016, PSOPs committed $21 million of funding over three years to support implementation of the peace agreement. These include support for peace process implementation, human rights and transitional justice, mine action, and security sector transformation. Ensuring delivery on the Women, Peace and Security agenda is an important component of PSOPs programming in Colombia.

Since its inception in December 2009, the Anti-Crime Capacity Building Program has provided over $5.4 million to strengthen Colombia’s capacity to combat transnational crime, through Canadian Government departments, such as the Royal Canadian Mounted Police (RCMP) and the Canada Border Security Agency (CBSA) as well as multilateral organizations, such as the UN Office of Drugs and Crime and Organization of American States. Thematic areas of focus include combating trafficking in persons and illicit drugs, and reforming security systems.

Colombia is a priority hemispheric partner for the Department of National Defence. Colombia became a member of the Department of National Defence’s (DND) Military Training and Cooperation Program (MTCP) in 2011. To date, approximately 239 Colombia officers have participated in MTCP activities. Under MTCP, the Colombian armed forces have access to training in areas that promote Canadian democratic principles.

In addition to $110 million in programs aimed at improving human rights conditions in Colombia since 2003,  Global Affairs Canada undertakes annual consultations with Colombian civil society organizations, human rights defenders, unions, journalists, women’s organizations, international humanitarian agencies, UN agencies and government institutions, amongst others, to gain insight into the situation of human rights in Colombia. Canada has noted its concerns in relation to the situation of particularly vulnerable populations, including women, children, Afro-Colombians, Indigenous peoples, human rights defenders, land restitution claimants and unionists, as well as in specific cases on imminent threats against members of civil society organizations. Canada has also acknowledged the improvements in the field of human rights and security in Colombia as well as efforts by the Government of Colombia to implement a number of policies that protect and promote human rights and rights of victims.

Canada also holds high-level political and human rights consultations with the government of Colombia. The last round of consultations took place in Colombia in August 2015. Canada concluded its presidency of the G24 Sub-Group on Human Rights in Colombia in 2014, a group of 24 countries and international institutions that have an ongoing and constructive dialogue with the Colombian government and civil society on issues of development, peace, and human rights, but now co-chairs the sub-group on human rights of the Donor’s group in Colombia. Since January 2016, Canada is also chairing the International Cooperation Gender Roundtable in Colombia.

Canada and Colombia enjoy a dynamic and increasingly diversified bilateral commercial relationship. This includes significant Canadian investment across various sectors – e.g., infrastructure, energy, mining, oil & gas, financial services, engineering services, agri-food, and education – and over 100 Canadian companies with a presence in Colombia. The total stock of Canadian direct investment in Colombia reached $5.12 billion in 2017 making Colombia the fourth largest investment destination for Canada in South and Central America. Furthermore, during his state visit to Canada in October 2017, Colombian President Juan Manual Santos recognized Canada as the top foreign investor in Colombia in 2016. Some Colombian investors are also exploring the possibility of expanding their operations into Canada.

Export Development Canada (EDC), the Canadian Commercial Corporation (CCC), and many provinces/territories are active partners of the Trade Commissioner Service (TCS) in Colombia where we work closely together to help Canadian companies pursue opportunities in the local market. Sectors that the TCS has identified as priorities – i.e., where Canadian capabilities and interest match local opportunities and demand – are infrastructure, clean technology, agriculture, information communications technologies (ICT), defence and security, mining, oil & gas, and education.

In addition, Canada is well-known in Colombia for its expertise in extractives and is looked to as a model for responsible natural resources development, including promoting high expectations regarding anti-corruption and corporate social responsibility (CSR) practices that respect international guidelines. In March 2016, on the margins of the Prospectors and Developers Association of Canada convention, Natural Resources Canada and Colombia’s Ministry of Mines and Energy signed the Framework for Cooperation in Natural.

In force since August 15, 2011, the Canada-Colombia Free Trade Agreement (CCoFTA), as well as parallel Agreements on Labour Cooperation and the Environment, benefit a wide range of exporters and service providers.

Implementation of the CCoFTA removed key bilateral trade barriers and improved market access for both Canadian and Colombian products. It has promoted greater certainty in the market through a more stable and open investment environment. The Agreement protects international investors through reciprocal commitments and assures access to international arbitration.

The third and most recent meeting of the CCoFTA Joint Commission took place in Ottawa on October 24, 2017. At the meeting,  the Joint Commission approved a package of amendments to the Agreement’s Rules of Origin for textiles and apparel (i.e. short supply) and approved a Note of Interpretation for the Investment Chapter that incorporated progressive investment elements such as reaffirming the right of governments’ to regulate in the public interest.

As part of the commitments made under this Agreement, Canada and Colombia signed a memorandum of understanding (MOU) to promote cooperation and strengthen cross-border competition law enforcement in June 2017. The MOU between Canada’s Competition Bureau and Colombia’s Superintendence of Industry and Commerce (Superintendencia de Industria y Comercio) establishes a framework for collaboration, coordination and communication of information that will support the investigations and enforcement activities of both agencies.

Canada and Colombia also signed the Agreement concerning Annual Reports on Human Rights and Free Trade on May 27, 2010. This unique agreement requires that Canada and Colombia each produce a report every year on the effect on human rights in both countries of measures taken under the CCoFTA. Canada tabled its sixth report pursuant to this Agreement on May 17, 2017.

In addition, Canada and Colombia have a Double Taxation Agreement and an Air Transport Agreement.

Colombia is a founding member, and current pro tempore president, of the Pacific Alliance, of which Canada has been active observer. The Pacific Alliance is a regional initiative founded in 2011 by Chile, Colombia, Mexico and Peru to foster the free movement of goods, services, capital and people among member countries.

Canada’s engagement with the Pacific Alliance offers additional opportunities to further strengthen Canada’s commercial ties with Colombia as well as with the other member countries. Since the inception of the trade bloc, Canada has demonstrated constant interest and support for the initiative. Most recently, Canada participated in the first round of free trade negotiations with the Pacific Alliance as a Candidate Associate State in Cali, Colombia, October 23-27, 2017. Canada looks forward to continuing to strengthen this key partnership and to create mutually-beneficial economic opportunities through this engagement.