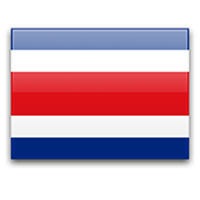 Canada and Costa Rica enjoy strong and diverse bilateral relations. The two countries share similar views in many areas, including human rights, rule of law, security and free trade, as well as views on regional and international issues raised in multilateral institutions.

The Emerging Leaders in the Americas Program (ELAP) provides short-term scholarship opportunities for students from Latin America and the Caribbean to study or conduct research in Canada. The program is notably predicated on Canadian and Costa Rican institutional linkages which facilitate the creation of scholarship opportunities. These academic agreements help foster research collaboration and student exchanges. In addition to the ELAP scholarships, Costa Rican students are encouraged to apply for other Canadian awards open to all international students including the prestigious Vanier Canada Graduate Scholarships and the Banting Postdoctoral Fellowships. For a complete list of available scholarships, go to www.scholarships-bourses.gc.ca.

There are nearly 10,000 Canadian residents in Costa Rica, including dual nationals, and tens of thousands of Canadians travel to Costa Rica every year.

A Memorandum of Understanding between the Government of Canada and the Government of the Republic of Costa Rica Concerning Youth Mobility signed in August 2010 came into effect in July 2011. This arrangement enables youth ages 18-35 to travel and work in each other’s country for up to two years.

The entry into force of the Canada-Costa Rica Free Trade Agreement (CCRFTA) in November 2002 enabled the development of trade relations between the two countries. Parallel agreements on environment and labour cooperation were also signed at that time. One of the main objectives of the CCRFTA is to create new business opportunities for our respective countries.

An open skies-type Air Transport Agreement between Canada and Costa Rica entered into force in April 2012. This Agreement allows any airline from Canada or Costa Rica to operate as frequently as desired between both countries and via any point in third countries. The Agreement gives our airlines greater flexibility and in turn means more options for travellers.

In 2012, Costa Rica expressed its desire to join the OECD, which Canada supports. Costa Rica began its accession process in July 2015. As of April 2018, 12 committees had concluded their reviews, and the reviews by the remaining 22 committees are well advanced. Costa Rica’s accession may be completed in 2019. Canada has assisted Costa Rica’s efforts in the form of guidance and technical assistance.