My experience in Canada as an Emerging Leader in the Americas 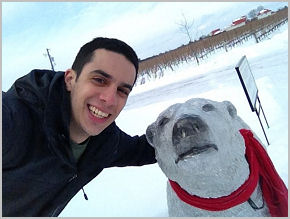 Andrés took classes in engineering and music during one semester at University of Western Ontario. 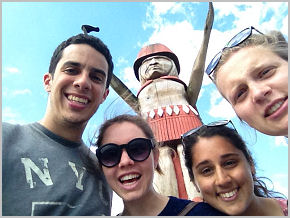 Andrés was one of more than 100 international Exchange students who spent the first semester of 2014 at University of Western Ontario.

Andrés Acuña is a Costa Rican student of mechanical engineering who studied in Canada from January to May 2014 thanks to a grant from the Emerging Leaders in the Americas Programme (ELAP). Andrés has shared his experience as a student at the University of Western Ontario with us:

My experience as a recipient of the ELAP scholarship (Emerging Leaders in the Americas Programme) at the University of Western Ontario can be summarized in four main points:

The university experience was very valuable, since I was able to take courses that are not offered at my university, which were taught by high-level professors. In addition, the University environment and infrastructure were optimal to take full advantage of the opportunity to experience what it means to study at an institution of such high calibre.

Regarding living Canada, I can highlight, among other aspects, that everyone is very kind.  You truly live in a safe and peaceful environment, in which everyone seems to want to help and to contribute to the common good. I can say with certainty that Canadians are the warmest and most hospitable people I have met, and the society in which they live is a direct reflection of this.

Inevitably, as an exchange student, the study experience goes hand in hand with social activities. There were over one hundred exchange students who arrived at that time; friendships quickly emerged and without realizing it, we suddenly became a very big family.  In turn, Canadians were always willing to get to know the exchange students; therefore, the social experience was very rewarding. I was able to meet people from all corners of the world who will continue to be my friends for a long time.

Lastly, being in a new country, I wanted to get to know as much of it as I could.  Thankfully, during the five months I was in Canada I was able to travel with my new friends. We visited cities such as Toronto, Ottawa, Montreal and Quebec, as well as the Niagara Falls. At the end of the exchange program, five of us drove from Ontario to Vancouver, over to the United States, making stops in Chicago and Yellowstone National Park. Back in Canada we passed through Banff and Jasper National Parks before reaching the Canadian West Coast. It was a trip of a lifetime!

As I have expressed, the exchange program was not only enriching in all of these aspects, but during these five months the day-to-day of being in a different country, along with all of the new experiences, changed the way I see the world forever. If there is one thing to highlight from this experience, it is that each of us lives in a tiny part of this world which is filled with valuable people from all cultures, so I ask everyone who reads this to get out there and get to know the world, because the only insurmountable barriers that we have are those that we set ourselves.

More information about the ELAP programme... 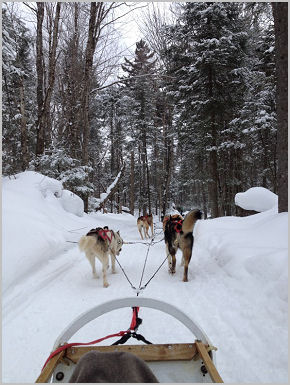 Studying in Canada provided Andrés with an opportunity to discover a different culture. 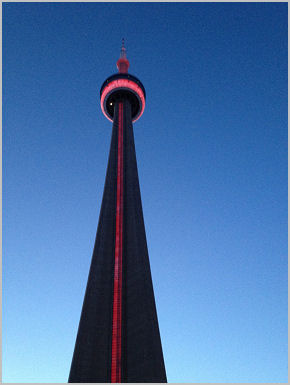 At the end of the semester , Andrés visited several cities of Canada such as Toronto, Montreal and Quebec. 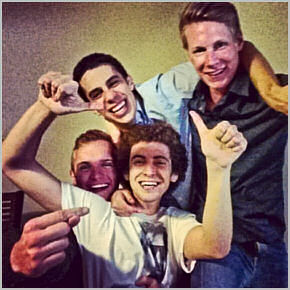 Thanks to ELAP, Andrés has new friends from around the world.