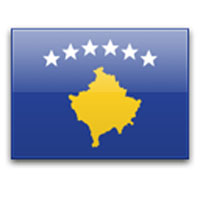 Kosovo declared independence from Serbia on February 17, 2008, was recognized by Canada on March 18, 2008 and established full diplomatic relations on April 7, 2009

In Kosovo, Canada is represented by the Embassy of Canada in Croatia. Kosovo is represented in Canada by its Embassy in Ottawa, which was established in 2015.

Bilateral relations between Canada and Kosovo are good, and show potential for continued development as the relationship between the two countries develops and grows. Canada is satisfied that Kosovo has committed itself to the protection of the rights of minorities, including their cultural and religious heritage, and notes that the country’s constitution reflects these commitments. The development of Kosovo into a democratic, multi-ethnic state that fully respects human rights is essential for peace, political stability and economic progress in the Balkans.

Starting in 1992, Canada provided $135 million in development assistance to Kosovo.

Canada continues to provide small grants through the Canada Fund for Local Initiatives, to assist local partners in Kosovo with projects aimed at improving respect for the rule of law and human rights, increasing citizen engagement and combatting corruption.

Kosovo’s economy is developing and is showing progress in its transition to a stable and market-based system. The World Bank Group’s report Doing Business recognized Kosovo’s reform efforts in improving its business environment. In the 2019 report, Kosovo is ranked 44th out of 190 countries surveyed - an improvement from 75th place in 2014.