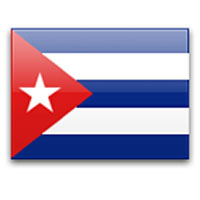 Canada-Cuba relations can be traced back to the 18th century, when vessels from the Atlantic provinces of Canada traded codfish and beer for rum and sugar. Cuba was the first country in the Caribbean selected by Canada to locate a diplomatic mission and official diplomatic relations were established in 1945. Canada and Mexico were the only two countries in the hemisphere not to break relations with Cuba in the years that followed the Cuban revolution in 1959.

Cuba is represented in Canada by the Embassy of Cuba in Ottawa and also has consulates in Montréal and Toronto.

Canada is represented in Cuba by the Embassy of Canada in Havana and also has consulates in Guardalavaca and Varadero.

Canada and Cuba enjoy a broad and diverse relationship built on a long history of mutually beneficial engagement, important and growing economic and commercial relations, and strong people-to-people ties across a wide range of sectors and interests. Canada’s approach is to engage with all elements of Cuban society - government, the business sector, non-governmental organizations and civil society at large.

Knowledge of Canada, its history, geography, policies and programs, is also promoted through Canadian Studies Centres located in six universities across Cuba. Academic cooperation represents one of the most important aspects of the relationship between Canada and Cuba, with expanding networks of academics and researchers from both countries working together in a wide range of disciplines.

Cuba is the fifth most popular overseas destination for Canadians and Canada is Cuba’s largest source of tourists, with over one million Canadians visiting annually (more than 30 percent of all visitors to Cuba).

Canada's international development program in Cuba is aligned with several of the priorities of the Government of Cuba, in particular increasing agricultural productivity and food security.

Canada and Cuba have a well-established, significant and growing commercial and investment relationship. Cuba is Canada’s 2nd largest market in the Caribbean/Central American sub-region. Bilateral merchandise trade between the two countries is nearly one billion dollars annually. Canadian companies have significant investments in mining, power, oil and gas, agri-food and tourism.