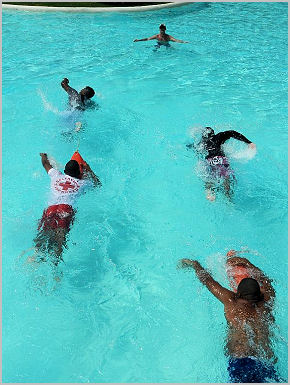 Participants in the basic group practice their rescue techniques under the supervision of their instructor.

October 19th marked the completion of the fourth Lifesaving Program offered on the east coast of the Dominican Republic.  On this occasion, sixty (60) participants from more than twenty companies as well as the Tourist Police (Politur) received their certifications in water search and rescue techniques and first aid in our basic and advanced courses.  Additionally, the program was extended for the second time to include twenty-three children from the Punta Cana International School in the Swim to Survive course.

At the closing ceremony at the Barcelo Dominican Beach, selected participants had the opportunity to demonstrate some of the techniques learned and all received their certificates and medals.

The Embassy of Canada would like to thank the management of the participating companies as well as the local authorities present at the event.  Our appreciation also to the sponsors who every year permit us to organize this program free of charge for the participants:  From Canada, volunteer instructors from the Royal Nova Scotia Lifesaving Society, Westjet Vacations, Occidental Grand Punta Cana, Go Golf Tours, Centro Médico Punta Cana, Barceló Dominican Beach, El Macao Surf Camp and S-Trip! And the support from the Tourist Cluster and the La Altagracia Hotel Association.

The Lifesaving Program was originally initiated in 2010 in Puerto Plata by the Honorary Consulate in that area; It was later followed by Punta Cana with the aim of reducing the number of deaths caused by drowning by offering training to personnel employed in the tourism industry in water search and rescue and first aid.  This program is the seventh one of its kind the Embassy has coordinated in the Dominican Republic to date and at a national level more than 700 employees from the tourism industry have participated in the programs. 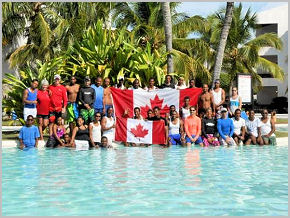 The group proudly poses with their Canadian instructors. 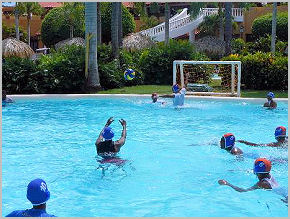 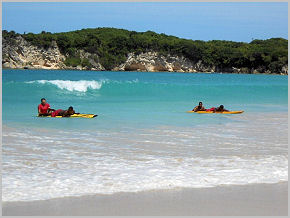 The advanced group practices how to perform rescues under challenging conditions. 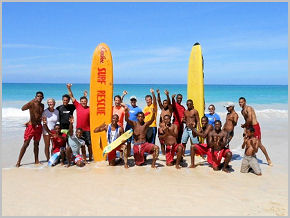 The advanced group takes a moment to pose. 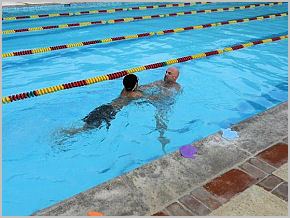 A child in the Swim to Survive course learns how to stay afloat under the watchful eye of his instructor. 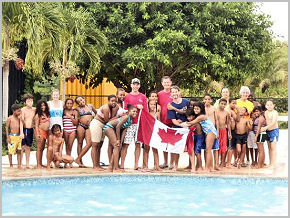 Happy children from the Punta Cana International School thank their instructors with hugs.