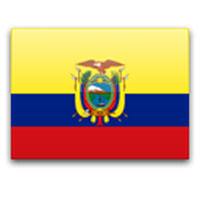 Canada and Ecuador have maintained official bilateral diplomatic relations ever since 1960. Nevertheless, our bilateral ties began at the beginning of the 20th century when Canadian railway engineers, mining experts and missionaries worked in Ecuador. Relations are constantly growing in the commercial, political, and cultural sectors, with approximately 25,000 Ecuadorians living in Canada, and 3,000 Canadians living in Ecuador.

Canada’s immigration processes for Ecuador are managed by Immigration, Refugees and Citizenship Canada’s office in Colombia. There is also a Visa Application Centre located in Quito.

In 2020, Ecuador and Canada celebrated 60 years of diplomatic relations.

Bilateral relations between Canada with Ecuador are governed by shared values, including a commitment to prosperity, democracy  and human rights, as well as a vibrant exchange in education.

Canadian companies are investment leaders in the mining sector of Ecuador, and are also involved in the private petroleum sector. The Canadian government, through the Canadian Commercial Corporation (CCC), acted as the main contractor responsible for building the New International Airport of Quito at a cost of $650 million.

The Ecuadorian-Canadian Chambers of Commerce (sites in Quito and Guayaquil) promote commercial and cultural exchange between Ecuador and Canada.

While Canada does not have a bilateral assistance program in Ecuador, Canada contributes to development projects and humanitarian initiatives in Ecuador through multilateral and regional programming. Current partners for programming include CARE International, the World Food Program (WFP), the World Health Organization (WHO), and several other UN agencies.

Global Affairs Canada supports an active program through the Canadian Executive Services Organization in which strategic partnerships with Ecuadorian organizations build capacity in areas such as local economic development and governance.

The Embassy also supports local civil society organizations with the Canada Fund for Local Initiatives (CFLI) through an application process that begins in December of each year. CFLI priorities include support for human rights, democratic participation and sustainable development, with a particular focus on gender equality and vulnerable populations. The CFLI can also be used to provide much needed support during emergency situations such as the earthquake that struck Ecuador in 2016 as well as the COVID-19 pandemic of 2020.

Canada shares its concern with Ecuador regarding individuals in situations of mobility, for which it provided more than CAD $5 million between 2018 and 2020 for humanitarian efforts and the development of inclusive migratory policies to support populations such as at-risk women and LGBTQ+.

Canada has adopted a feminist policy in its International Assistance as a manner of eradicating poverty and building a more prosperous, peaceful and inclusive world. In Ecuador, we have supported various empowerment projects for girls and women, as well as those intended to eradicate violence against women. During the COVID-19 pandemic, support was specifically provided to vulnerable women experiencing situations of violence, in addition to support provided to Indigenous peoples. As of 2020, Canada chairs the Roundtable on Gender and International Cooperation in Ecuador to coordinate efforts of partners.

Canada’s commitment to support democratic governance in the Americas is directed and coordinated by initiatives that help to advance proposals focused on citizens in order to strengthen democracy in areas such as political participation, open government and the fight against gender violence.

In cooperation with civil society organizations in 2020, the Embassy of Canada provided support for training women on electoral participation and combatting gender violence during campaigning.

Canada and Ecuador also work together on multilateral forums in areas of common interest, such as the United Nations (UN) and the Organization of American States (OAS).

We strengthen the ties and collaboration between our countries by sharing knowledge, creating links in the education sector based on new inter-institutional education relations and joint research. In recent years, Canada has positioned itself as an attractive destination for Ecuadorian students, with a sustained increase in the number of Ecuadorians who study in Canada each year, becoming the third highest Latin American country to send students to Canada. For additional information visit the Facebook page. As of 2009, the Canadian government has fostered the development of human talent through scholarships, such as ELAP (Emerging Leaders in the Americas Program).