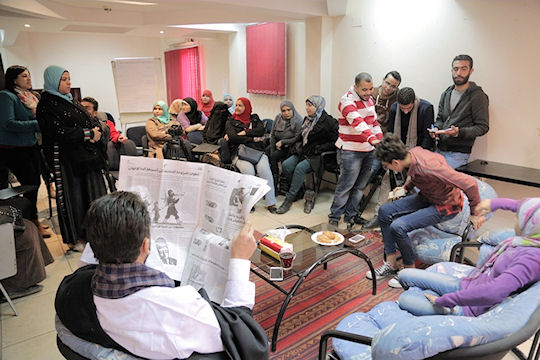 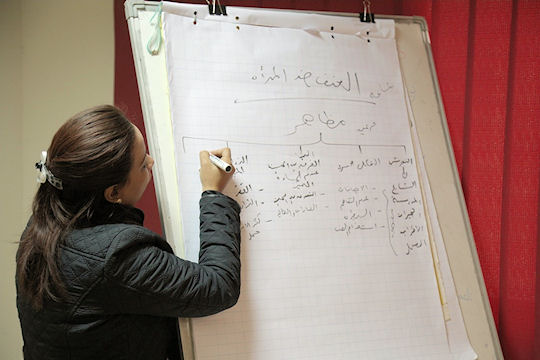 Participants learn how to approach the issue of gender-based violence. 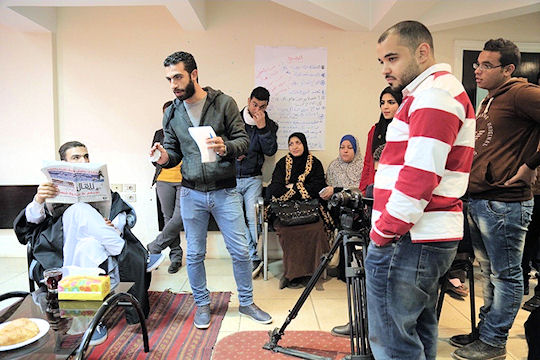 First-time actors and directors get ready for their first ever scene. 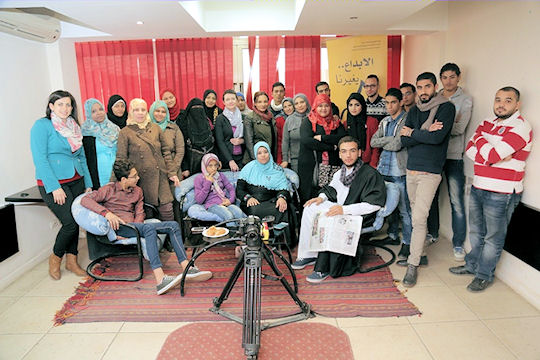 Officials with the Canadian embassy join the crew for a photograph.

Although Egypt increased the legal age for marriage to be eighteen years old in 2008, child, early and forced marriage (CEFM) is still prevalent due to Egypt’s traditional customs. In addition to the harmful effects of CEFM, The American University in Cairo’s Social Research Center found that in 2014 twenty-seven percent of married girls have been physically abused by their husbands. Canada is taking action to help end child marriage around the world.

Addressing this issue, The Embassy of Canada to Egypt provided support to an Egyptian NGO Media Arts for Development (MADEV) to combat CEFM and gender-based violence in Egypt. MADEV collaborated with other local NGOs and civil society organizations in Ezbet Khairallah, Kerdassa, and Giza to deliver a three month project called “Capture Life 2”.

“Capture Life 2” is a series of workshops that leads community leaders, civil society actors, and development professionals through the process in producing media that act as powerful calls for positive change.

In the workshops participants learned how to analyze and approach the issue of gender-based violence and were taught how to turn their views of domestic violence into a storyline. They then learned the media production skills needed to deliver their messages about domestic violence through short movies and publicly broadcasted announcements. Finally they applied all the skills MADEV taught them by shooting a scene written by one of the participants.

By the end of the training, participants were able to use widely available tools such as mobile phones or basic cameras to produce powerful, change-inducing media to address key challenges in their communities, focusing on CEFM and gender-based violence. These new skills will help these influential leaders to create positive change throughout their communities.