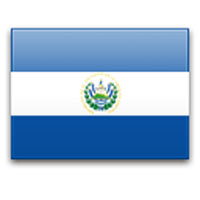 The year 2018 marks the 57th anniversary of diplomatic relations between Canada and El Salvador. The Salvadoran diaspora in Canada is one of the largest from Latin America.

Canadian goods exported to El Salvador in 2017 totalled $59.1 million, a 0.9% decrease from 2016. The goods exported included paper and paperboard, plastics, fats and oils, and machinery.

The total amount of Canadian direct investment in El Salvador was $965 million in 2016.

Canada also supports El Salvador in education efforts through scholarships and awards. The Emerging Leaders in the Americas Program (ELAP) offers short-term scholarship opportunities for students from Latin America and the Caribbean to study or conduct research in Canada. Academic agreements such as the ELAP help grow research relationships and student exchanges. In addition to the ELAP scholarships, Salvadoran students are encouraged to apply for other Canadian awards open to all international students, including the prestigious Vanier Canada Graduate Scholarships and the Banting Postdoctoral Fellowships. For a complete list of available scholarships, visit International Scholarships Program.