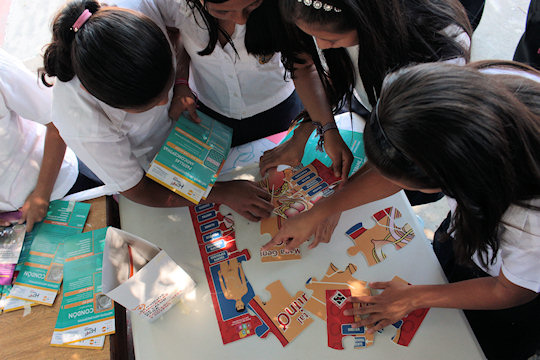 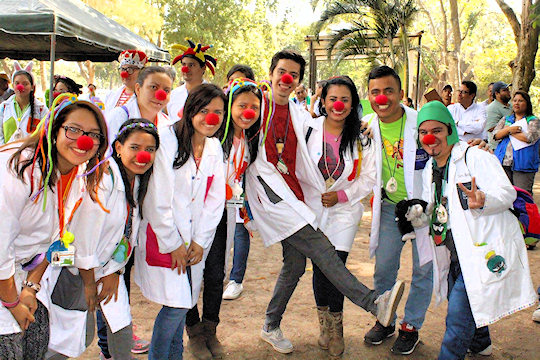 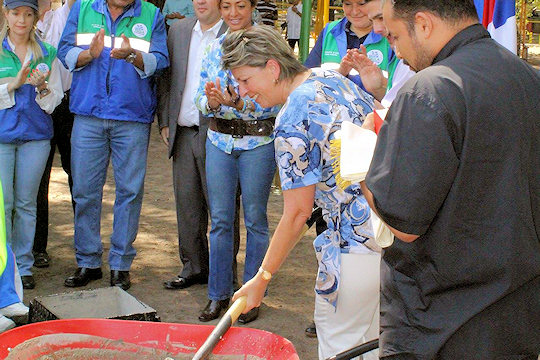 Ambassador Maryse Guilbeault joined local partners to begin the construction of an inclusive park for people with disabilities.

The initiatives led by the Canadian Embassy in El Salvador through the Canada Fund for Local Initiatives Program (CFLI) aimed at bringing light to systematic discriminative practices to minority groups including disabled persons, LGTBI persons and rural girls who find themselves with limited development opportunities.

The CFLI in El Salvador contributed to Canada’s position as a committed partner to local institutions – from government and civil society – working in favour of more inclusive practices for traditionally excluded groups. In the context of a country suffering from large scale violence, where one in every 1000 Salvadorians was killed in the last 12 months (resulting in the highest murder rate in the world in 2015), it is difficult to see beyond the imminent gang bloodshed and into El Salvador’s other many pressing problems.

In the face of the State’s pressing need to address security priorities, these traditionally excluded communities fall off the national agenda. Canada has been a consistently strong voice for the protection of human rights and the advancement of democratic values. In El Salvador Canada is now becoming a recognized valuable ‘voice’ for El Salvador’s most disadvantaged and excluded groups.

Despite legal framework updates that ban discrimination based on gender identity or sexual orientation in public administration practices, LGBTI persons in El Salvador are still victims of social discrimination, rejection and intolerance by society at large. LGBTI rights organizations continue to report how LGBTI persons are objected to sexual, physical and verbal abuse (including in prison), stigmatization by society, and the most severe expression of rejection: hate killings, especially towards transgender women. In the last 10 years the rate of hate crimes increased by 400%; in many cases, the bodies of the victims showed signs of torture: dismemberment, stabbings, beatings and multiple shots.

The Canadian Embassy partnered with local organization COMCAVIS Trans to promote discussion amongst political leaders, and through a media campaign to recognize the legal right to a person’s name change reflecting their gender identity, a practice that will provide enormous relief to transgender persons who are now forced to carry out legal transactions, official documents and many other practices with a ‘legal name’ that doesn’t correspond to their gender identity, creating frustration, shame and leading to discrimination. The project also supported activism and awareness-raising of hate crimes against LGBTI activists in El Salvador, most of which remain without investigation or conviction.

The embassy also partnered with CRISTOSAL  to promote dialogue on inclusion and respect of LGBTI people in the major religious organizations. This initiative included a workshop with religious leaders on skills and techniques to fully respect and promote the integration of LGBTI people in their religious organizations, the publishing and distribution of a manual on LGBTI rights and pastoral accompaniment and a workshop exchange with three different congregations on LGBTI rights and building inclusive community with LGTBI faith groups. The initiatives were well received by religious communities who engaged in open dialogue on the subject and although exclusive practices will remain in the most closed communities, according to a gay youth religious leader who participated in the project: “this has been one of the few times that [they] have been able to discuss this subject, and much is to be gained from breakthrough experiences like this, so thank you Canada.”

In partnership with the United Nations Population Fund San Salvador Office, two local municipal governments and the Salvadoran Ministry of Health, the embassy supported a project to prevent child/early marriages/unions and teen pregnancies through the protection and empowerment of adolescent girls in two specific rural communities. The project included work with youth networks to promote ‘peer to peer’ training, institutional building for health professionals providing friendly health services to adolescents and a public campaign advocating for safe spaces.

“We believe that the protection and empowerment of women and girls in society are necessary building blocks for a peaceful, prosperous and stable El Salvador. Marriage, unions and pregnancies at this early stage, are a violation to the human rights of girls and an obstacle that prevents development.”
Ambassador Maryse Guilbeault

The Embassy and Municipality of Santa Tecla supported the construction of accessible and secure areas in a major town park that included recreational grounds for children with physical and mental disabilities. With the active participation of the Para Olympic Committee of El Salvador and other local organizations that promote the rights of disabled persons, the project enabled the practice of inclusive sports and community activities to create awareness regarding the rights of children and youth with disabilities. This space is now one of the few recreational areas accessible to disabled persons in the entire country, and in view of its success, the municipality has been asked to share this practice with other municipalities outside metropolitan San Salvador.

Although El Salvador’s growing insecurity and violence continues to overshadow other more subtle forms of violence, discrimination and exclusion, Canada continues to place human rights and peaceful pluralism at the heart of the national agenda.