Canada and the African Union 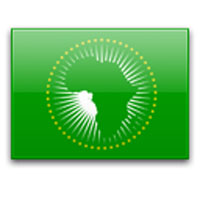 Canada, a longstanding partner for the continent, supports the African Union’s vision of an integrated, prosperous and peaceful Africa. In 2002 African leaders transformed the Organization of African Unity into the African Union (AU) – a multilateral organization that promotes peace and security, socio-economic development, governance, climate change, and continental integration. The AU is the principal continental interlocutor for Africa, including at the UN and other international forums.

The AU’s work is guided by Agenda 2063, the continent’s strategic framework. It seeks to prioritise inclusive social and economic development, continental and regional integration, democratic governance and peace and security amongst other issues aimed at repositioning Africa to becoming a dominant player in the global arena. Canada supports the AU’s vision of finding African-led solutions to address developmental, economic and political challenges.

All 54 states of the continent are members of the organization, plus Western Sahara (totalling 55). The AU is led by its Assembly, composed of African Heads of States and Government who meet annually at the AU Summit to develop, negotiate and adopt common positions on key continental issues and priorities. Traditionally, the AU Assembly rotates its Chairperson annually among the five regions (North, East, South, Central and West Africa). The AU Commission (AUC), based in Addis Ababa, Ethiopia, is the secretariat for the AU and is mandated to develop the policy frameworks, initiatives and instruments for the implementation of AU decisions.

A major ongoing AU project is the creation of the African Continental Free Trade Area (AfCFTA). Canada supports the AfCFTA through contributions to the African Trade Policy Centre of the United Nations Economic Commission for Africa. The AfCFTA has the potential to drive economic growth and investment in Africa, contributing to poverty reduction and achievement of the Sustainable Development Goals.

The AU promotes conflict prevention and resolution, and plays a growing role in peace and security on the continent through missions authorized or mandated by its Peace and Security Council. The AU is also active in advancing the Women, Peace and Security (WPS) agenda, and launched a series of activities aimed at establishing WPS networks and encouraging member states to adopt WPS National Action Plans.

In 2013, the AU adopted the “Silencing the guns by 2020” initiative which aimed at working toward ending all war, civil and violent conflicts, gender based violence and preventing genocide on the continent. It promotes prevention, management and resolution of conflicts. This flagship initiative underscores that conflict is one of the biggest challenges for Africa’s development and the implementation of Agenda 2063. The AU adopted the theme of “Silencing the Guns: Creating Conducive Conditions for Africa's Development” for the year 2020. It underscores the nexus between good governance, peace, stability and development. It also calls attention to economic security and the vital links between sustainable and inclusive economic growth, job creation, conflict prevention, and peace and security.

Canada and the AU

Regarding the AU and its linked bodies, Canada focuses on increasing gender equality and women’s empowerment in sectors such as peace and security, trade, socio-economic development and regional integration. Canada is accredited as a permanent observer to the AU. Since 2000, Canada has provided $17.4M (CAD) in support to the AUC.