Leaders from the Orthodox, Muslim and Catholic Association > 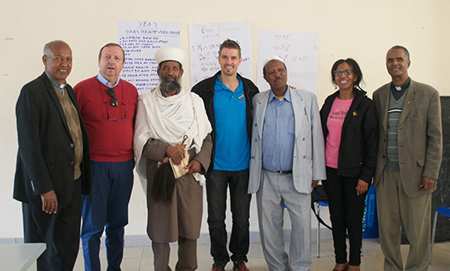 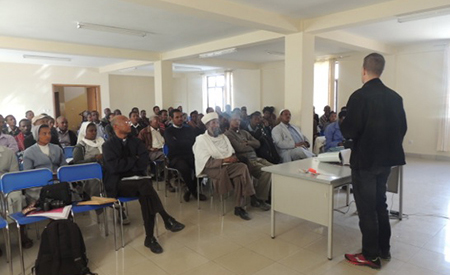 Migrants leaving their home countries for better opportunities are often faced with difficult situations, made only more dangerous by the threat of smugglers and illegal human trafficking. Among the most significant source locations of migrants is the northern Tigray Region of Ethiopia, close to the Eritrean border.

Recognizing the knowledge gap on illegal migration in many Ethiopian towns and villages, the embassy of Canada in Ethiopia is supporting the Salesians of Don Bosco (SDB), a charity working to build awareness among Tigray youth of the extreme dangers and risks of human trafficking.

The project is targeting children and youth through schools and youth centres, as well as, women through women’s networks.

The first project activity was a 3-day “Train the Trainers” event in Adigrat, Tigray involving over 80 teachers, and community and religious leaders.  Following the training, the participants return to their communities, equipped with knowledge and training materials, to educate youth and build awareness about the dangers of trafficking.

One of the most impressive aspects of this project is that the SDB is using a long-standing relationship with the Orthodox, Muslim, and Catholic Association (OMCA) to share the anti-trafficking materials. The three religious groups are working closely together and devoting time to discuss the realities about trafficking with their followers.

In a discussion during the training, one participant described how a close school friend had paid some smugglers to take him through Sudan to Egypt, where he waited in the Sinai Peninsula for the next leg of his journey to Israel.  Before he could gather enough finances to complete the trip, the smugglers drugged him during the night, removed one of his kidneys, and left him to die.

This story is not the norm, but a very possible and unfortunate outcome for those who attempt the dangerous journey with smugglers without fully knowing and understanding all the risks.

Canada hopes our collaborative approach with various local NGOs will spread awareness to the millions currently contemplating journeying through adversity. 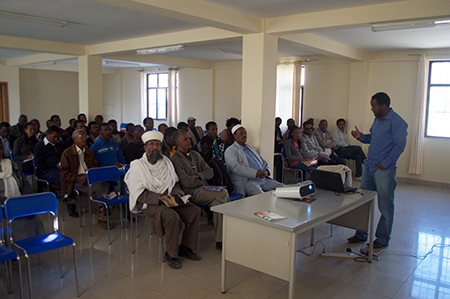 Facilitator at the Train the Trainers event in Adigrat. 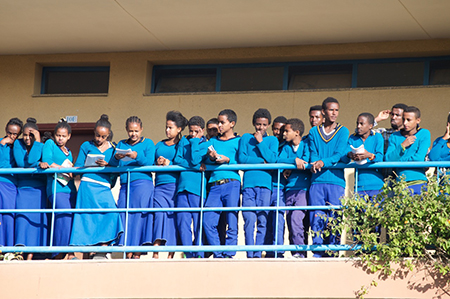