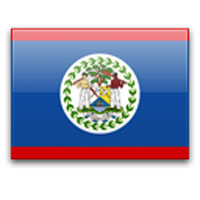 Canada and Belize enjoy a positive relationship, reinforced by shared ties such as being part of the Commonwealth and the Organization of American States, with a relation based on shared historical traditions, similar systems of governments, and significant cultural and people-to-people ties.

Two-way trade between Canada and Belize totalled $7.6 million in 2020. This is a strong 40% decrease since 2017, trade exchange being affected by the economic impact of the COVID‑19 pandemic.

The majority of Canadian investment in Belize is in the financial services, energy and forestry sectors. Potential for the expansion of Canadian economic interests in Belize remains positive, but limited, due to the small size of the market. Canadian Foreign Direct Investments in Belize were valued at $236 million (2017).

Canada’s key focus on the Feminist International Assistance Policy is in line with the development priorities of Belize. Canada and Belize are working together on fighting gender-based violence, prosecuting sexual offenders and promoting youth diversion programs. Belize also benefits from the Canada Fund for Local Initiatives, which has been supporting projects on women’s’ empowerment, sustainable agriculture, and LGBTI rights.

Belize also benefits from small-scale projects from the Canada Fund for Local Initiatives. The fund aims to contribute to the efforts of civil society organizations to post COVID‑19 recovery, strengthen economic and climate resilience and improve access to land, employment and entrepreneurship skills, to contribute to efforts to empower women, eliminate violence against women, in particular women peacebuilders, and to respond to requests for support on natural disasters.

Belize is a key country for engagement in Central America with the Department of National Defence and the Canadian Armed Forces. Canada supports Belizean officials in their strategic defence and security review. Canada also helps to strengthen the abilities of the Belizean Defence Force in addressing threats, including organized crime. Regional crime and security programing is also being implemented in Belize on anti-corruption, arms control, human smuggling, cyber threats and money laundering.  Belize has been a member of the Military Training and Cooperation Programme led by the Canadian Armed Forces since 1983.

Territorial dispute between Belize and Guatemala

Belize and Guatemala have a long-standing territorial dispute in which Guatemala claims a sizable portion of Belizean territory. Canada is a member of the Group of Friends of the Belize-Guatemala Transition Process. Canada has supported efforts to resolve the border dispute, including funding the office of the Organization of American States in the Adjacency Zone. Following referenda in both Belize (May 2019) and Guatemala (April 2018), the countries agreed to refer the dispute to the International Court of Justice.