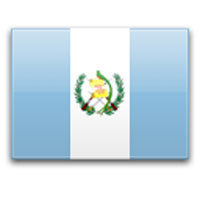 Canada and Guatemala have a long and positive friendship, spanning more than half a century. Canada works with Guatemala on strengthening climate change resilience, nutrition, economic opportunities, democracy, governance and security and defense cooperation, while supporting the fight against impunity and corruption. In doing so, Canada contributes to the protection and promotion of the rights of the most vulnerable, including women and girls, Indigenous, and rural populations. Guatemala is also Canada’s largest bilateral trading partner in Central America. Looking to the future, Canada remains committed to support Guatemala’s efforts towards building a more inclusive, democratic and secure society.

The Department of National Defence/Canadian Armed Forces are engaged in cooperation with Guatemala in the areas of capacity building, peace support operations training, and efforts to address transnational criminal organizations, and humanitarian assistance and disaster relief. Guatemala has been a member of the Directorate - Military Training and Cooperation Program (DMTC) since 2008. To date, more than 400 Guatemalan students have received training as part of DMTC-sponsored activities.