Empowering Women and Girls to Reach their Full Potential

Ambassador Stuart Savage and the group of scholarship recipients in Chizon. 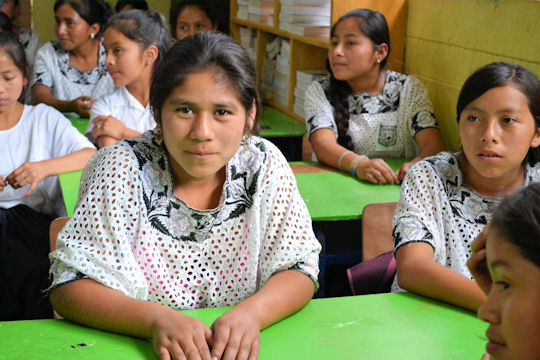 Ambassador Stuart Savage meets the girls who have benefited from the scholarship. 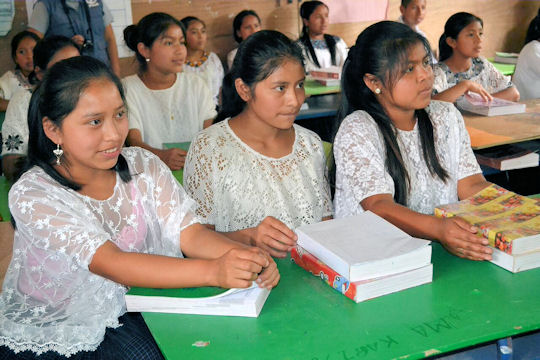 Girls learn about the importance of an education. 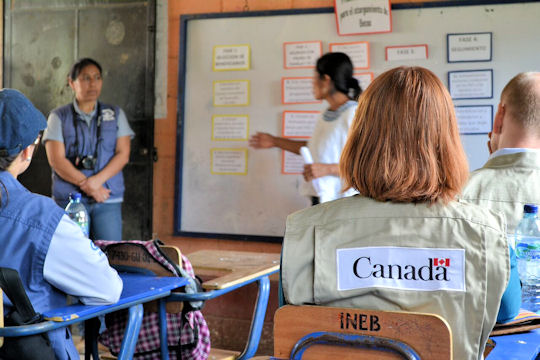 Child, early and forced marriage (CEFM) remains an unfortunately common and extremely damaging practice in many parts of the world, and Guatemala is no exception.  In Guatemala, more than eighty thousand girls and teenagers were married between 2009 and 2013 according to the National Statistics Institute. This means that some 43 girls under the age of 18 are married every day.

The Embassy of Canada in Guatemala, along with 13 civil society organizations and the British Embassy, is advocating for the elimination of early and forced marriage in the country.

CEFM is an extremely harmful practice that threatens the futures and livelihoods of girls in Guatemala and around the world. In Guatemala one of the main causes for marrying early is poverty. Girls are often considered an economic burden since secondary education is not free and may also be exchanged for assets or money.

The existing legal framework allows girls to marry at 14 years of age and boys at 16. If a girl becomes pregnant before the age of 14, she can marry with the consent of her parents or legal guardian.

The Embassy of Canada has reached out to lawmakers in support of a movement by local organizations to change the country’s legal framework. Changing Guatemala’s marriage laws is a critical step towards ensuring that girls reach their full potential.

Mayra lives in a metal-sheet ceiling one-room hut with her mother, sister and brother in northeastern Guatemala. Her small quarters are filled with smoke from the wood stove they use to cook. Her mother married very young, as did two of her aunts and her sister. Mayra seemed to be destined to continue this cycle of poverty and violence because her mother, abandoned by her husband, couldn’t afford to pay Mayra’s secondary education.

“Sometimes I am able to make some money by selling food, but other times I have nothing. I felt alone and scared, and felt sorry for Mayra who had a hunger for knowledge. However, I had to tell her I couldn’t pay for her studies,” explains Mayra’s mother.

Alta Verapaz, where Mayra lives, is one of the areas of Guatemala with highest rate of early and forced marriage. In 2013 alone, more than seventeen thousand girls from Alta Verapaz married before reaching the age of 18.

Experience has shown that the more education a girl receives, the less likely she is to marry before the age of 18. This year, Canada partnered with Plan International Guatemala through the Canada Fund for Local Initiatives to provide scholarships to girls in rural communities of Alta Verapaz who were at risk of leaving school and facing the possibility of premature marriage.

As a result, 75 girls are continuing their studies in the current school year, and their families and community leaders have been sensitized to the importance of girls’ education for their futures and that of their communities. In addition, families have committed to supporting their daughters’ education, as they must contribute to expenses during the school year (i.e. transport and materials).

Canada’s Ambassador to Guatemala, Stuart Savage made a special visit to Chizon, an isolated community in Alta Verapaz, where the majority of the girls who received scholarships live. During his visit, he had the opportunity to hear from some of these girls, and others that have also benefitted from Plan’s scholarships and are finishing secondary school, talking about their plans and dreams for their future -- which don’t include early marriage.

“My dream is to finish high school and then get a degree in social work” said Mayra, also a scholarship beneficiary. “I want to help other girls who live in the same conditions I do. Because if you have a dream, you need to fight for it”. 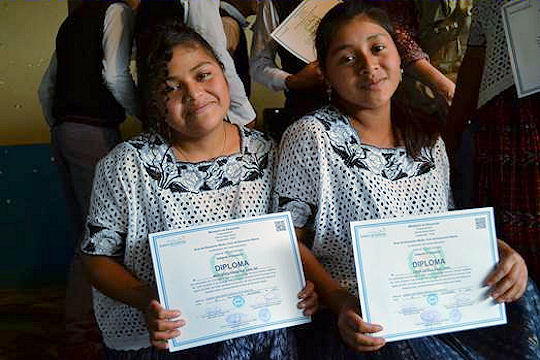 Canada provided these girls in Guatemala scholarships to attend school.

97% of girls who Canada provided scholarships for successfully completed the school year - far greater than the average among those who did not receive scholarships. These girls are now outspoken advocates, sharing with their peers and communities their dreams for the future.

Canada helps achieve a historic victory for women in Guatemala

After Canada’s Embassy to Guatemala coordinated engagement with local and international organizations and Guatemala’s Congress for more than a year, the Congress approved a key piece of legislation to raise the legal age of marriage to 18 for both men and women. This change in Guatemala’s legal framework is an extremely positive step to ending CEFM, and is an unprecedented and historic victory in favor of a brighter future for millions of Guatemalan young women.

The Embassy will continue to provide Guatemalan girls with the tools they need to make a full contribution to the development of their communities and families, and advocate with local authorities to ensure enforcement of the new legislation.