Justice for my Sister 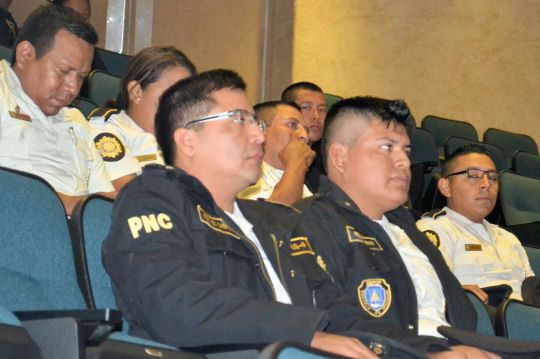 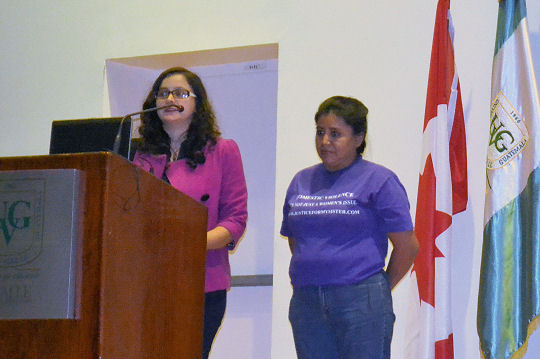 Producer Kimberly Bautista and the main character of the documentary, Rebeca. 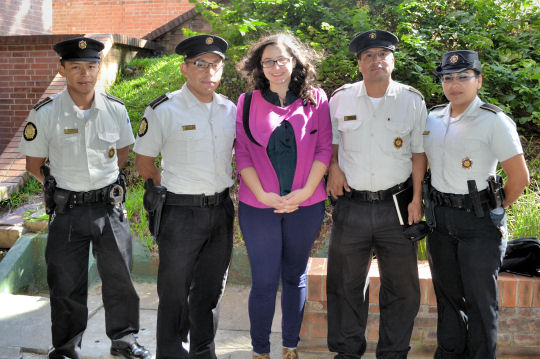 Producer Kimberly Bautista and members of the National Civilian Police during screening at Del Valle University.

Despite social and legal efforts to prevent and punish violence against women, gender-based violence remains unfortunately common. According to a recent report by the Guatemalan Judiciary, violence “affects the entire female population” of Guatemala. In recent years there has been more than one femicide (murder of a woman) per day in Honduras, Guatemala, and El Salvador, which make up the Northern Tier region.

The governments of Guatemala, El Salvador, and Honduras have all taken significant steps in recent years to strengthen the response to this violent epidemic, creating laws specifically on femicide and other forms of gendered violence. Massive underreporting of crimes alongside a conviction rate below two percent suggests that Gender-Based Violence remains a severe issue in the region.

Although the strengthening of local institutions and laws is an important step, addressing public perception of violence against women and ensuring access to justice to women victims of violence are critical to ending this circle of fear.

The film “Justice for my Sister” is an evocative and powerful tool for the promotion of gender equity and the curbing of gender-based violence. The Embassies of Canada in the region are happy to partner with and support filmmakers and activists doing excellent work in this area. Canada partnered with filmmaker and activist Kimberly Bautista and hosted her at three screenings across the Northern Tier region. Her 2012 documentary “Justice for my Sister” was filmed in Guatemala and is the powerful story of a woman’s fight to force the Guatemalan justice system to prosecute a suspect in her sister’s brutal murder. The film is part of a campaign spearheaded by Ms. Bautista to combat violence against women in cooperation with partner organizations throughout Central and South America.

Across the Northern Tier, ‘Justice for my Sister’ was screened to large public audiences. Members of national governments, the judiciary, police and the staff of various international agencies joined the screenings and the discussions that followed. The film is especially moving and served to stir good questions and discussion from the groups.

At each of the stops on Ms. Bautista’s tour, our Embassies sponsored her partnership with local filmmakers and journalists. In Guatemala, the crew filmed a mini-documentary about a 14 year-old victim of sexual assault. In El Salvador filmmakers interviewed several female victims of various ages. These documentaries were part of a social media campaign to put an end to violence against women, which was supported by our Embassies accredited in Guatemala, El Salvador and Honduras.

Canada remains committed to strengthening protections and access to justice for vulnerable populations. We are helping combat impunity for high levels of violence, and advocating for the rights of girls and women around the world.