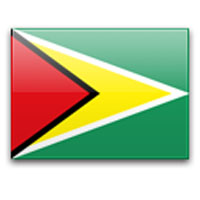 The Canadian diplomatic presence in Guyana started with the opening of the Commission of Canada in Georgetown, in March 1964. In May 1966, Guyana gained independence and full diplomatic relations were established.

In Guyana, Canada is represented by the High Commission of Canada to Guyana and Suriname in Georgetown. Since 2003, the High Commissioner is also Canada’s Plenipotentiary Representative to the Caribbean Community (CARICOM), which is headquartered in the greater Georgetown area.

Guyana is represented in Canada by the High Commission of Guyana in Ottawa. Guyana also has a Consulate in Toronto.

Canada and Guyana also share extensive people-to-people ties: the Guyanese diaspora in Canada is estimated to be around 200,000. Guyana benefits from bilateral funding through the Canada Fund for Local Initiatives; and Canada’s Caribbean Regional Development program, which also supports Caribbean collaboration and integration efforts.

Canada is committed to improving security in a manner that safeguards freedom, democracy, human rights, and the rule of law. Canada’s security programming in the Caribbean is strategically regional to ensure all countries can collectively combat transnational crime and to prevent against the displacement of criminal activity from one country to others nearby.

Canada-Guyana business relations encompass a plethora of trade initiatives which include but are not limited to Agriculture; Oil & Gas; Mining, Promoting Canadian expertise at world class mining events, and Corporate Social Responsibility (CSR).