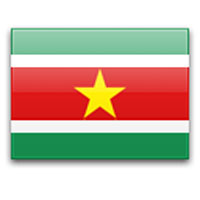 In Suriname, Canada is represented by the High Commission of Canada in Guyana. Canada also has a Consulate headed by a Honorary Consul in Paramaribo.

Suriname is represented in Canada by the Embassy of Suriname in the United States. Suriname also has Consulates in Toronto and Kelowna.

Canada supports efforts advocating for democratic governance and adherence of international human rights principles in Suriname, through engagement of key actors in dialogue and promotion of opportunities, and the empowerment of vulnerable populations. Suriname is a beneficiary of Canada’s Caribbean Regional (Development) Program as well as the Canada Fund for Local Initiatives.

Canada also maintains close and friendly bilateral relations with Suriname through CARICOM, the Organisation of American States and the United Nations.

As part of our goal to strengthen security and institutions, Canada is lending support to address public security issues affecting CARICOM, including Suriname, such as money laundering, drug trafficking, human trafficking and small arms trade.

Suriname is also a participant in Exercise TRADEWINDS. Exercise TRADEWINDS  is a multinational maritime interdiction, ground security and interagency exercise which focuses on countering transnational organized crime and practicing humanitarian assistance and disaster relief in order to promote regional security cooperation. The Canadian Armed Forces support and contribute to Exercise TRADEWINDS with equipment and personnel.

Canadian imports from Suriname in 2017: CAD $12 million (base metals; fruits; seafood; other foodstuffs).

The Canadian Trade Commissioner Service in Guyana assists Canadian clients in all sectors. Based on our knowledge of the market, the following sectors offer the greatest opportunities for Canadian companies: Agriculture; Education; Banking and Finance; Sustainable Technologies; and Mining.