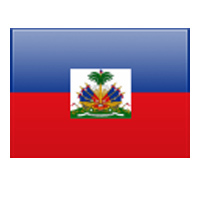 Canada and Haiti officially established diplomatic relations in 1954 when Edward Ritchie Bellemare was appointed Chargé d’Affaires of the Canadian Embassy in Haiti. Over the years, relations between both countries have been further cemented with the growth of a substantial Haitian community in Canada as well as through the continued presence of Canadian development organizations in Haiti.

Haiti and Canada are members of the United Nations, the Organization of American States (OAS), as well as La Francophonie, allowing both countries to further build and develop their relationship.

Haiti is the largest beneficiary of Canadian development assistance in the Americas.  Since the 2010 earthquake, the Government of Canada delivered more than CAD1.47 billion in development and humanitarian assistance to Haiti, including approximately CAD264 million in humanitarian assistance and CAD1.2 billion to support the country’s development and reconstruction. Since 2010, Canada has moreover provided more than CAD50 million in response to the cholera outbreak. Canada is Haiti’s second largest bilateral donor after the United States.

Further to the launch of Canada’s Feminist International Assistance Policy, the Canadian development priorities in Haiti are: gender equality and the empowerment of women and girls; human dignity; growth that works for everyone, environment and climate action; as well as inclusive governance and peace and security.

Moreover, Canada played an important role in the United Nations Stabilization Mission in Haiti (MINUSTAH), which began in 2004 and ended on October 15, 2017 with the complete withdrawal of military. Canada continues its engagement through the UN Mission for Justice Support in Haiti (MINUJUSTH). With an initial 6-month mandate (renewable), this mission has as its objective to assist the Government of Haiti to strengthen its rule of law institutions, further support the development of the Haitian National Police (HNP), and analyze the situation of human rights.