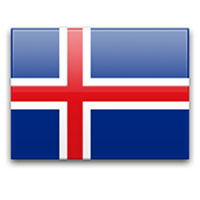 Canada's relations with Iceland began over one thousand years ago when Icelander Leif Eriksson landed in L'Anse aux Meadows in Newfoundland. The positive relationship that Canada and Iceland share continues to be influenced by the theme of exploration and discovery. Trade and investment links between our two nations continue to increase. In the international arena, Canada and Iceland work together within various fora and often share similar views. Canada is represented at our Embassy in Reykjavik. Iceland is represented at their Embassy in Ottawa.

Canada-Iceland bilateral trade has grown since the implementation of CEFTA on July 1st, 2009. Bilateral merchandise trade between Canada and Iceland was balanced, exceeding $336 million in 2018. Canadian exports of goods to Iceland, which amounted to roughly $200 million in 2018, were led by fish, machinery, vehicles, paper articles, and scientific and precision instruments. In 2018, Canada imported nearly $137 million worth of merchandise from Iceland including fish, scientific and precision instruments, and machinery. Energy and fisheries have been the major focus of Canadian investment in Iceland but tourism is becoming a new focus.