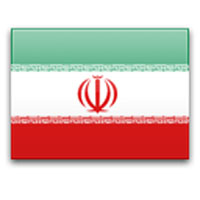 Formal diplomatic relations between the Government of Canada and Iran were established in 1955, with the opening of an Iranian mission in Ottawa in 1956 and the first Canadian Head of Mission dispatched to Tehran in 1959. During the following years, the two countries developed a significant commercial relationship, with almost 1,000 Canadian workers and contractors in Iran at the end of the 1970s.

The Canadian Embassy in Tehran remained open during the Islamic Revolution, but closed in 1980following the safe departure of six members of the US Embassy who had been sheltering with Canadian diplomats.

At the end of the Iran-Iraq war in 1988, Canada sent a large team of military observers under a United Nations mandate to help supervise the ceasefire.  At the same time, the Canadian Embassy re-opened, with an Ambassador named in 1990.  Throughout the 1990s, commercial relations between the two countries expanded rapidly, until Iran became one of Canada’s most important trading partners in the Middle East region.

A reciprocal diplomatic presence was maintained until September 2012, when Canada closed its embassy in Tehran and expelled Iranian diplomats from Ottawa for various reasons, including Iran’s non-compliance with United Nations Security Council resolutions regarding its nuclear program and Iran’s regional policies. Since then, Italy has been Canada’s Protective Power in Iran. In 2012, Canada listed Iran as a state supporter of terrorism under the State Immunity Act and also listed the Islamic Revolutionary Guards Corps - Qods Force as a terrorist entity under the Criminal Code.

In July 2015, the five permanent members of the UN Security Council (China, France, Russia, the United Kingdom and the United States) plus Germany, led by the European Union, concluded an agreement with Iran on its nuclear program called the Joint Comprehensive Plan of Action (JCPOA), which was endorsed by UN Security Council Resolution 2231 (2015). Canada welcomed the January 2016 confirmation by the International Atomic Energy Agency (IAEA) that Iran had fulfilled all necessary commitments under the JCPOA. Canada also announced its willingness to resume discussions with Iran, including on the possibility of restoring diplomatic contacts. No specific timeframe has been identified for a potential re-establishment of a Canadian embassy in Tehran.

Canada has been one of the strongest critics of Iran’s poor human rights record. Since 2003, Canada has been the lead sponsor of the annual United Nations Resolution on the situation of human rights in Iran. The most recent iteration of the resolution was successfully adopted in 2015 with support from a cross-regional group of countries, underscoring the fact that the international community remains deeply concerned about human rights violations in Iran.