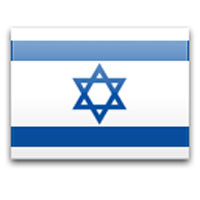 Canada recognized the State of Israel upon its founding in 1948, and the two countries established formal diplomatic relations on May 11, 1949. Canada and Israel have developed an exceptional bilateral relationship based on mutual cooperation in a number of key strategic areas.

Canada is represented in Israel by the Embassy of Canada to Israel in Tel Aviv. The Government of the State of Israel is represented in Canada by an embassy in Ottawa and consulates in Montréal, Quebec, and Toronto, Ontario.

Canada and Israel have strong, multidimensional bilateral relations, marked by close political, economic, social and cultural ties. Support for Israel, especially its right to live in peace and security with its neighbours, has been at the core of Canada’s Middle East policy since 1948.

One of the underlying strengths of the Canada-Israel bilateral relationship lies in the extensive people-to-people ties. There are approximately 35,000 Canadian citizens living in Israel and nearly 90,000 Canadians, many with family in Israel, travel to the country every year. The Canadian-Jewish community, which numbers around 350,000, serves as an integral bridge between Canada and Israel. These informal ties give rise to significant cooperation between our two countries in business, philanthropy, culture and tourism.

The bilateral relationship is further strengthened by the Canada-Israel Strategic Partnership MOU, a mutually beneficial agreement that facilitates deeper cooperation in several areas, including energy, security, international aid and development, innovation and the promotion of human rights globally. This partnership document provides the framework for a number of more specific bilateral agreements.

Canada is committed to supporting peace and security for Israel and the region. The Canadian Armed Forces contribute to three multinational missions to this end: supporting security assistance to the Palestinian Authority through the United States Security Coordinator for Israel and the Palestinian Authority; implementing the security provisions of the Egyptian-Israel Treaty of Peace through the Multinational Force and Observers mission based in the Sinai Peninsula; and contributing to the United Nations Truce Supervision Organization which monitors compliance with respect to both the United Nations Disengagement Observer Force in the Golan Heights and the United Nations Internal Force in Lebanon.

Israel is an important economic partner for Canada in the Middle East and North Africa region, with a full range of business possibilities including trade and investment.

A key element of the commercial relationship is collaboration in science, technology and innovation (STI). Bilateral STI relations are strong, developed through more than 20 years of close collaboration. The Government of Canada has partnered with Israel to support joint research, development and commercialization projects. The governments of Ontario and Quebec have also established programs to support companies and researchers pursuing partnerships with Israel.