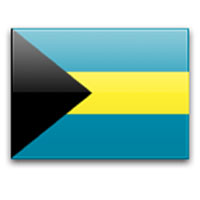 The Bahamas benefits from Canadian partnerships to enhance their security through programs such as the Anti-Crime Capacity Building Program, which includes training opportunities for Bahamian law enforcement personnel.

The Bahamas, a member of CARICOM, also benefits from Canada’s Caribbean Regional Development Program – a $600 million, twelve-year program announced in 2007. The three priority areas under which projects are developed include; sustainable economic development, justice sector reform and disaster mitigation. In particular, The Bahamas are included in regional projects to promote Disaster Risk Management and Sustainable Economic Growth.

Two-way merchandise trade between Canada and the Bahamas in 2017 totaled $232 million dollars, an increase of 72 percent since 2016, making The Bahamas Canada’s sixth largest trading partner in the Caribbean, but fourth largest in CARICOM. The Bahamas was Canada’s second largest export market in the CARICOM in 2017, after Trinidad and Tobago. Canadian exports, valued at $219 million dollars, rose by almost 81% over 2016 levels. The majority of these exports were:  mineral fuels and oils ($183 million), prepared vegetables, fruits and nuts, furniture and bedding, milling products, pharmaceutical products and machinery.

In 2017, Canada imported merchandise valued at $12.9 million dollars from the Bahamas. The most important products were organic chemicals, fish and seafood, and salt.

The Bahamas receives tens of thousands Canadian tourists annually and has a large resident Canadian community. These interactions encourage ongoing positive relations between our two countries.

Canada established diplomatic relations with the Bahamas in 1973 after they achieved independence. The Bahamas is represented in Canada by the High Commission of the Bahamas in Ottawa.

Canada is represented in The Bahamas by the High Commission of Canada in Jamaica. Canadians in the Bahamas can access consular services at the Canadian Honorary Consulate located in Nassau.