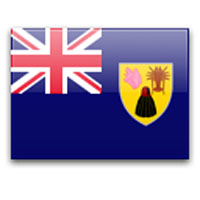 Canada and the Turks and Caicos Islands have a cooperative bilateral relationship, a reflection of the broader historical relationship between Canada and the United Kingdom. As a British Overseas Territory, the Governor, appointed by the Queen, is responsible for defence, foreign affairs, internal security and international finance for the Islands. Canada and the Turks & and Caicos Islands often cooperate within the framework of the Commonwealth and as part of Canada’s overall engagement in the Caribbean.

As an associate member of Caricom, the Turks and Caicos Islands benefits from some of Canada’s Caribbean Regional Development Program – a $600 million, twelve-year program announced in 2007. The three priority areas under which projects are developed include; sustainable economic development, justice sector reform and disaster mitigation. In particular, the Turks and Caicos Islands are included in regional projects to promote disaster management, tax reform and distance education.

Canadians have private ownership of resorts and residential properties, and there are several Canadian-owned and operated financial services firms in the TCI. Significant Canadian investments have been made in the TCI in the areas of health, airport facilities and power utilities.

The beauty of the Turks and Caicos attracts approximately over 30,000 Canadian tourists every year. As they have developed more and more Canadians are living, working and retiring on the Islands.