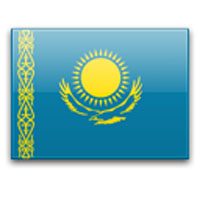 Canada and Kazakhstan enjoy strong bilateral relations that continue to deepen. Kazakhstan is an important regional player and a strong partner for Canada in many multilateral forums and international organizations, including the UN, the Organization for Security and Co-operation in Europe, International Monetary Fund, World Bank and World Trade Organization.

Canada is a strong supporter of Kazakhstan’s institutional reforms and Canada regularly shares its models and experience in a variety of sectors, including public-sector reform, immigration policy and economic reform. Kazakhstan’s “one stop shop” for clients seeking any government permits and or registration is based on Canadian systems architecture. Canada is also committed to supporting the development of Kazakhstan’s vocational and technical education system, and Canadian post-secondary institutions are recruiting students in Kazakhstan, providing an opportunity for Kazakh students to study in Canada.

The Canadian Embassy to Kazakhstan, in Nur-Sultan, manages the Canada Fund for Local Initiatives, through which funding assistance is provided to local NGOs active in Kazakhstan.

Kazakhstan is Canada’s largest commercial partner in Central Asia. In Canada’s Global Markets Action Plan, Kazakhstan is designated as a priority emerging market with a range of opportunities for Canadian companies.

Kazakhstan has 15% of the world’s uranium resources and in 2009, replaced Canada as the top uranium producer. With 3.2% of the world’s petroleum reserves, Kazakhstan is also a growing player in energy security and is asserting itself as a key alternative source of supply to EU and East Asian markets. Canadian companies represent a significant group of investors in Kazakhstan, mostly in the extractive industries. Agriculture continues to be an important sector for Canada–Kazakhstan bilateral relations, with particular focus on agricultural machinery and cattle. Increasingly, Canadian companies are providing valued guidance on farm management and along all points of the agricultural value chain.

In October 2015, the Canada Eurasia Russia Business Association (CERBA) announced the launch of the Kazakhstan-Canada Business Council (KCBC). The Council is co-chaired by the CEO of Cameco, and the head of Kazatomprom. CERBA and the Chamber of International Commerce of Kazakhstan serve as Secretariat. The goal of the Council is to contribute to the further growth of bilateral economic relations.